The stories that matter to Muslims should matter to us all

Women with Syrian opposition flags draped over their shoulders sit next to a sign that reads, “No to the war. Not Assad. Not ISIS”, as they take part in a protest in solidarity with the refugees from Syria, in Malaga, southern Spain, September 9, 2015. Jon Nazca / Reuters

From the news headlines over the past year you’d think that the news about Muslims mainly consists of ISIS, Charlie Hebdo, Qur’an controversies, the occasional Muslim holiday, and lately the bigoted opinions of some presidential candidates.

Stories in the media that imply that Islam is all about violence, Mohammad cartoons, or subjugating women and non-Christians to harsh impositions of Sharia law, not surprisingly find a big audience in the U.S.

But what are the stories that matter to Muslims?

Dilshad Ali, Managing Editor of the Muslim Portal at Patheos, contends that this is not something that outside media has “sufficiently covered.”

While she recognizes that the everyday American knows more about Islam than one or two decades ago, “It’s possible to have a basic understanding, yet not have any idea what the day to day life of a Muslim is like.”

Addressing a panel meant to address this gap in news coverage at the Religion Newswriters Association conference last month, she said that news outlets and the general public would benefit from more coverage of the narratives of the breadth and depth of the American Muslim community.

What are those stories? Looking to intra-Muslim sources, the panelists offered, news outlets would soon discover complex stories such as the ways in which Muslims are using digital media to build community and counter extremism; Sunni/Shi’i tension and cooperation in local masjids; and debates about the authenticity of various Muslim groups and other causes that are important to Muslims.

All of these, the panelists said, need discussion, debate, and dissection, but continue to go seemingly uncovered in the mainstream news.

Hasan Azad, a doctoral candidate specializing in Islamic Studies at Columbia University, said that news headlines too often assume, or suggest that, “there is an inherent connection between religion [specifically Islam] and violence.” Unfortunately, he said, “positive stories about Muslims don’t make headlines — because ‘if it’s not bleeding, it’s not leading.’”
Ali added that it is not enough to ask Muslims to condemn violent extremism and call it a good, balanced, day of news that told the whole Muslim story. Instead, she encouraged journalists to sharpen their focus on the variety of Muslim narratives in the U.S.

Not only do black American Muslims feel they have “to apologize for being ‘too Muslim-y’” Rashad said, but have to wrestle with a double-consciousness as they witness mass movements in the streets calling for justice for black lives in places like St. Louis, Baltimore, or Florida. She said, “black Muslims fight battles on two fronts: being ‘too black’ to be Muslim, ‘too Muslim’ to be black.”
From challenging professors for their Islamophobic comments to being required to represent all-Muslims every time an “extreme” story comes up, Rashad said that all young Muslims she works with — regardless of ethnicity — are “emotionally exhausted.”

She said, “know this — after every event involving Muslims in the news there is a behind-the-scenes story of trauma in Islamic community.”

Abdullah Pocius, a Salafi imam in Philadelphia, said that the story of American Muslims is the story of religious freedom and, in many ways, the story of the U.S. itself. It’s about “searching and ‘finding home’ in Islam,” said Pocius.

Still, and especially for quietist Salafis like himself, stories of “kindness, mercy, and forbearance,” which he said he sees everyday, go unreported. This shows a significant lack of “humanizing Muslims,” he said.

Pocius emphasized that “we have to push the dialogue toward expressing & appreciating the diverse forms of humanity” from various perspectives. The problem, he intimated, is that news often equals entertainment and everyday Muslim stories are “too boring” to sell. Instead, “representations of Muslims in the media and the culture industry boil-down to fears of the ‘blue-eyed Muslim’ like me,” he said.

The challenge for newswriters and commentators like me is to really listen to these voices that tell the narrative of American Islam.

This means rejecting the false binary between converts and migrants — as if the former were “less” Muslim and the latter more so.

While this does not mean we do not tell the story of ISIS or Charlie Hebdo, it does mean we have to tell other stories — like about “radical” Muslim clothing lines, interfaith relationships and initiatives, intra-Muslim dialogues, American Muslim cultural production (music, movies, social media campaigns, visual art, and material consumer products), and the history of Muslims in the Americas.

The stories are out there. The public will listen and learn. The challenge is on newswriters to put pen-to-paper to tell the stories that not only matter to Muslims, but matter to us all.

Editor’s note: Ken Chitwood is a religion scholar and PhD student at University of Florida studying Religion in the Americas and Global Islam (with the Center for Global Islamic Studies) with interests including Islam in the Americas, globalization, transnationalism, intersections of religion & culture, Christian-Muslim relations, global Christianity, and Muslim minorities. He is also fascinated by the intersection of religion & popular culture. He writes and speaks on this topic as both an academic and a journalist covering ‘the god beat.’ His work has featured in a number of publications.

This article originally appeared on http://islamicommentary.org/2015/09/the-stories-that-matter-to-muslims-should-matter-to-us-all-by-ken-chitwood/#sthash.DAhVMsh7.dpuf 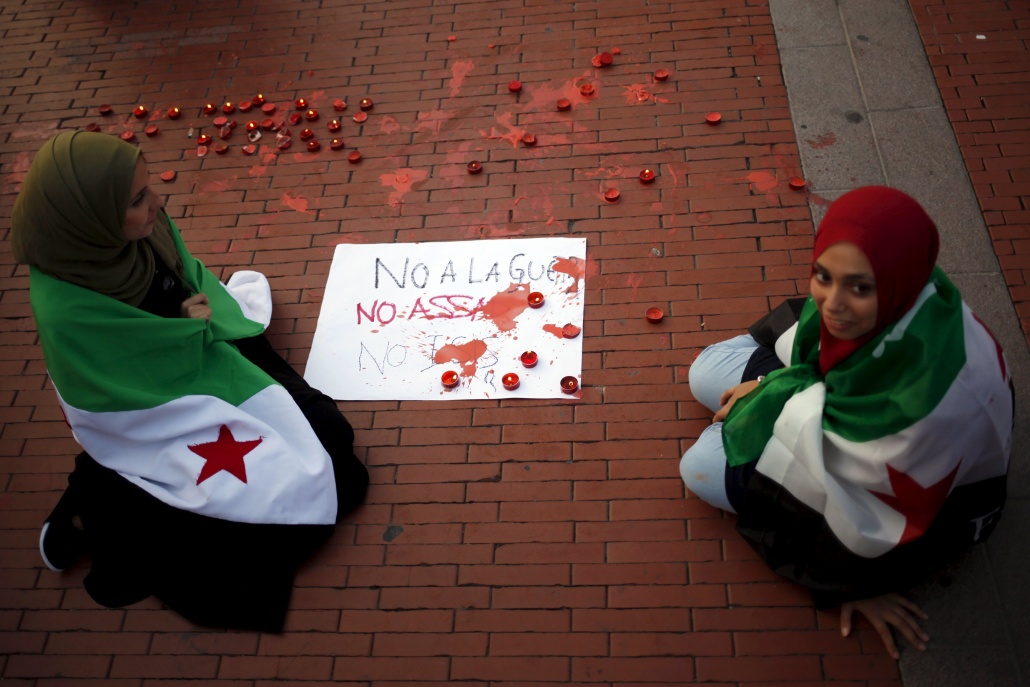 Dare to be Great

Creeping Totalitarianism: The Writing Is On the Wall
Courtesy Michael Nenonen 12/04/07 â€œ The Republic â€œ -- -- Reading Naomi Wolfâ€™s The End of America: Letter of Warning…

© 2017 MuslimObserver.com, All Rights Reserved
I’m a librarian who banned a book. Here’s why

Where polls fall short: a conversation with Robert Wuthnow on ‘Inventing American...
Scroll to top