There are more Baltimores: America’s legacy of hollowed-out cities

Now that the dust has settled and the media have moved onto the next crisis, we can ponder what the Baltimore riots tell us about broader and deeper issues in the US.

Using a stress testing approach I developed for other major social events helps reveal the many forces at play. Among them are decades of biased economic policies, class differences as well as racism, structural problems in metropolitan America, the consequences of aggressive policing and the geography of multiple deprivations.

The fundamental problems faced by Baltimore and other industrial cities are a result of decades of economic change stemming from policies that promoted deindustrializationand job losses for the semi-skilled and unskilled.

In 1950, Baltimore had a population of 950,000 and, like may cities in the US, a vibrant manufacturing base providing jobs and economic security. The magnet of jobs attracted black migrants from the South. Since the mid-1970s, though, there has been a steady loss of manufacturing jobs due to offshoring, relocation to suburbs in non-union areas of the US and increased productivity.

This is a trend across the US and across the world but in Baltimore, as in so many industrial cities in the US, there were few employment alternatives or attempts at retraining. The result is pockets of poverty in neighborhoods across the country where there are concentrations of the unskilled and limited opportunities for retraining older workers or education for younger people.

It is ironic that at the same time that President Obama was sympathizing with the plight of Baltimore, he was also promoting a free trade agenda. Even more ironic, he made the announcement at the headquarters of Nike, a company that last made a pair of shoes in the US in 1984 and makes all of its apparel in the cheap labor areas of East and Southeast Asia.

There are benefits to free trade, but we need a honest assessment of their redistributional consequences and a much greater commitment to job training and help for those displaced when manufacturing jobs are lost.

And while the Baltimore riots focus attention on race, we also need to consider the issue of class. It is so much easier to talk about race in the US than class, and so the the debate is easily racialized while the wider issue of restricted opportunities for the semi- and unskilled, black as well as white and brown, is ignored.

There is a squeeze on the semi- and unskilled, with the squeeze all that much tighter on the minority groups. The events in Baltimore, often seen through only the prism of race, are also freighted with concerns of class. The sociologist William Julius Wilson showed that the disappearance of work is the central cause of social disorganization in the inner city.

There is also the balkanization of metropolitan America by which declining central cities are cut off from the economic benefits of suburban growth.

Baltimore’s population declined from almost a million in 1950 to just over 622,000 in 2013. The wider Baltimore metropolitan area, which includes Baltimore and surrounding suburban counties, has grown from 1.1 to 2.7 million in 2010, with the fourth largest median income in the US. I examined this hollowing out of central city cores in my book, Alabaster Cities, and a series of recent papers.

County governments, not the city, reap all the benefits of this increased property and income taxes. There is a fiscal disparity between central city and suburbs, with the city pressed hard to meet the mounting social needs of an increasingly impoverished population with a diminishing tax base.

This fiscal squeeze promotes, in Baltimore as in other similar cities, an emphasis on flagship downtown developments such as football stadia, ballparks, race car events and convention centers. These benefit downtown business interests but fail to do much for the stubborn poverty in the inner city.

Cities concentrate on attracting middle- and upper-income groups because they provide revenue. And across urban America, we sees pockets of gentrification and gleaming downtown towers beside these persistent pockets of poverty. Yet hamstrung by job loss, declining revenue and population loss, many cities across the US still have the heavy lift of making up for decades of federal neglect and lack of a coherent and well-funded urban policy program.

The policing of the cities in the US is dominated by what amounts to a war against low-income minority neighborhoods. In 1980, the US had a prison population of 500,000, but by 2013 this increased to 2.5 million as more young men, especially young men of color, were caught up in an expanding web of criminal incarceration as minor infractions became felonies. The narratives of tough on crime, broken windows theory, war on drugs and militarization have all escalated into an aggressive policing and a fractured trust between residents and police.

To compound problems, these neighborhoods also suffer from multiple deprivations that include abandoned dwellings that are sites of fires, disease, criminal activity and unhealthy environments. Elevated lead levels in inner city Baltimore make it difficult for children to learn and concentrate. So it is not just limited employment and educational opportunities but also a complex web of multiple deprivation that effectively traps people.

There are many Baltimores. Within the city boundaries, there are old established elite areas such as Roland Park and more recently gentrified areas such as Federal Hill. The Baltimore of the riots was only part of the city, a swath of inner city neighborhoods impacted by job loss, poor education and aggressive policing.

But there are other Baltimores outside of Maryland. They include Akron, Birmingham, Cincinnati, Cleveland, Detroit, Pittsburgh and Toledo. It is not just an inner city problem. Along with Bernadette Hanlon and Tom Vicino, I have documented the problems of inner ring of suburbs.

There are also the bleak areas in the cracks of the metropolis: the trailer parks and suburban rental units that house those pushed out of the city by gentrification and redevelopment. Baltimores of economic neglect, massive job loss, aggressive policing and multiple deprivations are found throughout metropolitan regions across the country. They are the places of despair that house the voiceless of the US political system, the marginalized of the US economy and those left behind in the commodification of US society.

The remarks of Martin Luther King Jr made in 1966 still have resonance: “A riot is the language of the unheard.”

Editor’s Note: This article originally appeared on TheConversation.com and is reprinted here with permission. All views expressed here are solely those of the author. 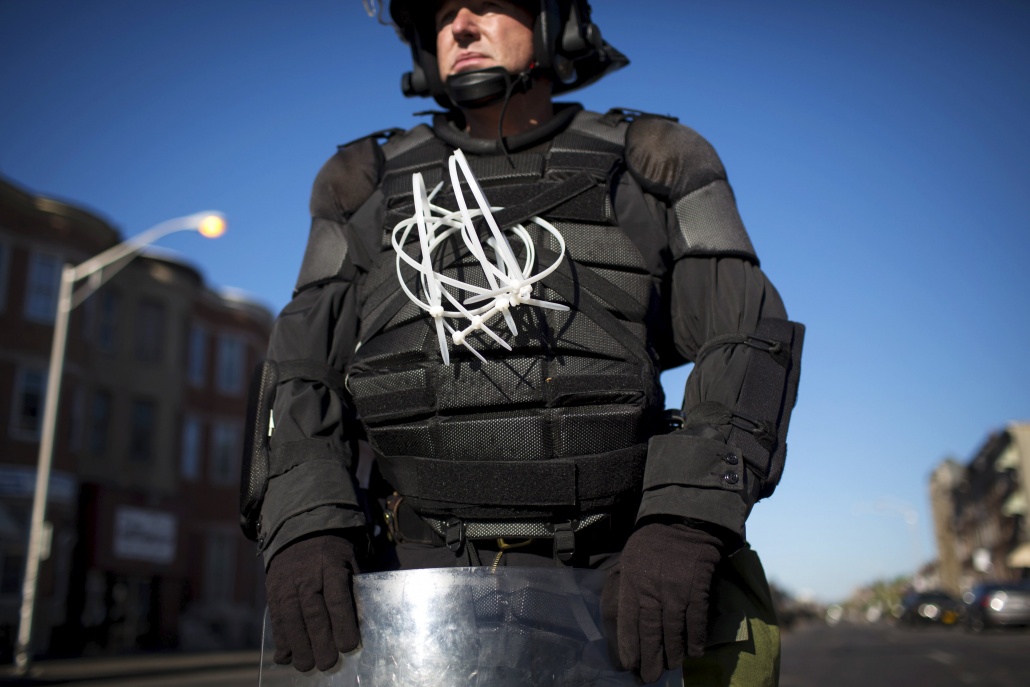 Advice Column: Are Programs Good For Me?

‘New atheists’ aren’t driven by Islamophobia but something...
Scroll to top