Tunisia was attacked for its success, not its challenges

By David Mednicoff
The Conversation

A police officer stands guard in front of the Bardo Museum in Tunis, March 24. Zoubeir Souissi/Reuters

After the tragic Islamic State (ISIS) attack on tourists visiting Tunis’s iconic Bardo museum, one key point needs reassertion: Tunisia has been the Arab world’s major post-2011 success story. It is heartening to see a long-authoritarian Islamic country opening itself up quickly to widespread participation in governance and social inclusion, and doing so in a way that respects both Islamic and secular values.

It was precisely that strength that drew ISIS’s ire and its local partisans’ fire. But neither the attack’s occurrence, nor the institutional problems that it exposed, should provoke a domestic or international response that suffocates the fledgling democratic order.

Organisations such as al-Qaeda and ISIS, different as they are, emerged from common Arab regional experience. For decades, a plethora of post-colonial security (mukhabarat) states in the region embraced ever more cronyistic and repressive rule. They simply deemed harsh authoritarianism necessary, and saw it as the only to fend off an array of opposition groups inspired by selective readings of Islamic doctrine or regional history.

Since these mukhabarat states undermined any peaceful opposition, religious and secular alike, some of their domestic opponents embraced the exact sort of anti-state, anti-Western violence that confirmed the darkest Islamist stereotype.

In this way, violent, isolationist Islamist politics and correspondingly violent state attempts to crush them simply reinforced one another. That left little room for pluralistic, free domestic expression. On top of that, the strategy stopped working: widespread citizen mobilization ended up toppling most mukhabarat regimes, including Tunisia’s.

Tunisia and its two immediate eastern neighbors, Libya and Egypt, all overthrew repressive regimes in 2011. But Tunisia was the only one to emerge as a viable democracy, and that was because it was able to strike a particular balance.

On the one hand, it did not have a strong left-over military “deep state,” as in Egypt, whose army and intelligence services were hardly committed to an open political system. On the other hand, perhaps helped by its small demographic and geographical size, Tunisia could cobble out a new order through the reconfiguration of existing political groups, all of which had been crushed in Libya.

This is how Tunisia avoided both a return to military rule, as in Egypt, and a descent into violent chaos, as in Libya. The balance struck there is exactly the kind of political order that threatens organizations such as ISIS. These groups can only inspire and recruit a sufficient range of disenchanted Arab and other Muslims if they have no hope of living in a free, self-determined, pluralist society.

A core ideological premise of ISIS and similar violent movements is that pluralistic, flexible sociopolitical systems are anathema to Islam, and nothing more than a Trojan horse for neo-imperial domination and religious humiliation. Excessively authoritarian, Islamophobic, or militaristic behavior by Western countries only flatters this premise, and is therefore a major goal of militant attacks.

Yet Tunisia itself is a clear riposte to this ideology, proof that Muslims of diverse opinions about the proper role and nature of Islam in politics can overcome the polarization that has occurred elsewhere.

The three-year process that led to Tunisia’s new constitution and freely-elected government was by no means a forgone conclusion, but it now stands as one of the few hopeful recent dramatic new political outcomes in the region – especially from the perspective of globally inclusive values. Most Tunisians will not give this hard-won achievement up quickly, meaning that the country’s core political commitment is unlikely to be dramatically undone.

Instead, the real challenges from the attack are twofold.

As in any new state, governance in Tunisia is fragile. The combination of Tunisia’s situation close to a major staging ground for ISIS and al-Qaeda fighters in Libya and the newness of the country’s institutions means it is necessarily vulnerable to ongoing attacks.

Tunisia also faces the dilemma that all open societies subjected to mass attacks must grapple with: how to enhance security without the sort of militarization and repression that reinforce the core message of ISIS. Al-Qaeda’s attacks were very good at provoking violent and counterproductive responses from the US – responses that, in the end, begat ISIS itself.

Likewise, fears of excessive crackdowns and more local ISIS recruits spiked in France and its European neighbours after the Charlie Hebdo attacks.

Smaller, less institutionalized Tunisia must resist the temptation to curb free expression or stigmatize groups of Muslims, temptations that proved too hard to resist elsewhere.

There are hopeful examples. Jordan and Morocco have themselves been subject to dramatic attacks by violent Islamists in recent years – but in neither case has the attack succeeded in stopping tourism or curbing a relatively high degree of religious and secular pluralism. Let’s hope this can be true for Tunisia as well.

Editor’s note: David Mednicoff is Assistant Professor of Public Policy Director, Accelerated Degree Programs, Center for Public Policy and Administration Director, Middle Eastern Studies at University of Massachusetts Amherst. This article originally appeared on TheConversation.com and is reprinted here with permission. All views expressed here are solely those of the author. 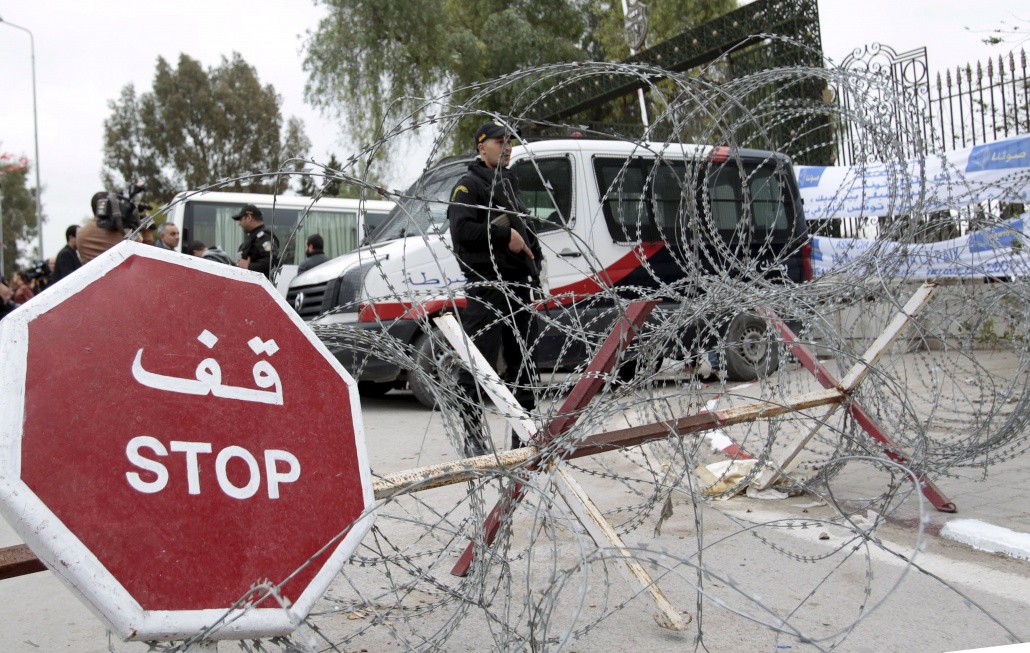