The American people should be eternally grateful to Old Europe for having spiked the Bush-McCain plan to bring Georgia into NATO.

Had Georgia been in NATO when Mikheil Saakashvili invaded South Ossetia, we would be eyeball to eyeball with Russia, facing war in the Caucasus, where Moscow’s superiority is as great as U.S. superiority in the Caribbean during the Cuban missile crisis.

If the Russia-Georgia war proves nothing else, it is the insanity of giving erratic hotheads in volatile nations the power to drag the United States into war.

From Harry Truman to Ronald Reagan, as Defense Secretary Robert Gates said, U.S. presidents have sought to avoid shooting wars with Russia, even when the Bear was at its most beastly.

Truman refused to use force to break Stalin’s Berlin blockade. Ike refused to intervene when the Butcher of Budapest drowned the Hungarian Revolution in blood. LBJ sat impotent as Leonid Brezhnev’s tanks crushed the Prague Spring. Jimmy Carter’s response to Brezhnev’s invasion of Afghanistan was to boycott the Moscow Olympics. When Brezhnev ordered his Warsaw satraps to crush Solidarity and shot down a South Korean airliner killing scores of U.S. citizens, including a congressman, Reagan did nothing.

These presidents were not cowards. They simply would not go to war when no vital U.S. interest was at risk to justify a war. Yet, had George W. Bush prevailed and were Georgia in NATO, U.S. Marines could be fighting Russian troops over whose flag should fly over a province of 70,000 South Ossetians who prefer Russians to Georgians.

The arrogant folly of the architects of U.S. post-Cold War policy is today on display. By bringing three ex-Soviet republics into NATO, we have moved the U.S. red line for war from the Elbe almost to within artillery range of the old Leningrad.

Should America admit Ukraine into NATO, Yalta, vacation resort of the czars, will be a NATO port and Sevastopol, traditional home of the Russian Black Sea Fleet, will become a naval base for the U.S. Sixth Fleet. This is altogether a bridge too far.

And can we not understand how a Russian patriot like Vladimir Putin would be incensed by this U.S. encirclement after Russia shed its empire and sought our friendship? How would Andy Jackson have reacted to such crowding by the British Empire?

As of 1991, the oil of Kazakhstan, Turkmenistan, and Azerbaijan belonged to Moscow. Can we not understand why Putin would smolder as avaricious Yankees built pipelines to siphon the oil and gas of the Caspian Basin through breakaway Georgia to the West?

For a dozen years, Putin & Co. watched as U.S. agents helped to dump over regimes in Ukraine and Georgia that were friendly to Moscow.

If Cold War II is coming, who started it, if not us?

The swift and decisive action of Putin’s army in running the Georgian forces out of South Ossetia in 24 hours after Saakashvili began his barrage and invasion suggests Putin knew exactly what Saakashvili was up to and dropped the hammer on him.

What did we know? Did we know Georgia was about to walk into Putin’s trap? Did we not see the Russians lying in wait north of the border? Did we give Saakashvili a green light?

Joe Biden ought to be conducting public hearings on who caused this U.S. humiliation.

The war in Georgia has exposed the dangerous overextension of U.S. power. There is no way America can fight a war with Russia in the Caucasus with our army tied down in Afghanistan and Iraq. Nor should we. Hence, it is demented to be offering, as John McCain and Barack Obama are, NATO membership to Tbilisi.

The United States must decide whether it wants a partner in a flawed Russia or a second Cold War. For if we want another Cold War, we are, by cutting Russia out of the oil of the Caspian and pushing NATO into her face, going about it exactly the right way.

Vladimir Putin is no Stalin. He is a nationalist determined, as ruler of a proud and powerful country, to assert his nation’s primacy in its own sphere, just as U.S. presidents from James Monroe to Bush have done on our side of the Atlantic.

A resurgent Russia is no threat to any vital interests of the United States. It is a threat to an American Empire that presumes some God-given right to plant U.S. military power in the backyard or on the front porch of Mother Russia.

Who rules Abkhazia and South Ossetia is none of our business. And after this madcap adventure of Saakashvili, why not let the people of these provinces decide their own future in plebiscites conducted by the United Nations or the Organization for Security and Cooperation in Europe?

As for Saakashvili, he’s probably toast in Tbilisi after this stunt. Let the neocons find him an endowed chair at the American Enterprise Institute. 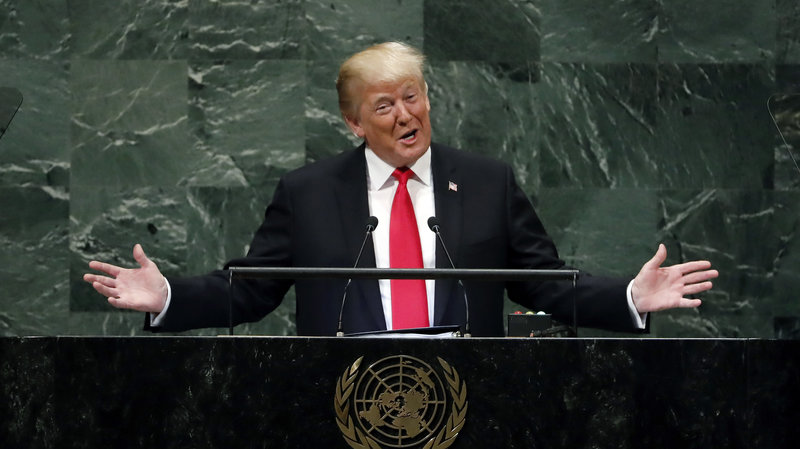 Houston Airport System: Passenger Totals Continue to Grow in First Half of 2011
Passenger totals from the first six months of 2011 are continuing a positive growth trend recently recorded at airports within…

More Women Want to Carpool with Obama than McCain