Will Iraq Survive as a Country?

With 79 major recommendations on Iraq, the Israeli-Palestinian conflict, Afghanistan and al-Qaedaâ€™s threat, the bi-partisan Iraq Study Group headed by Jim Baker and Lee Hamilton concludes that â€œthe situation in Iraq is grave and deteriorating. There is no path that can guarantee success, but the prospects can be improved.â€

It calls for new and enhanced diplomatic and political efforts in Iraq and the region, and a change in the primary mission of U.S. forces in Iraq that will enable the United States to begin to move its combat forces out of Iraq responsibly. The 140 page report concludes that â€œif the situation continues to deteriorate, the consequences could be severe. A slide toward chaos could trigger the collapse of Iraqâ€™s government and a humanitarian catastrophe. Neighboring countries could intervene. Sunni-Shiâ€™a clashes could spread. Al-Qaeda could win a propaganda victory and expand its base of operations. The global standing of the United States could be diminished. Americans could become more polarized.â€

One of the most important conclusions of the report asserts â€œthe United States cannot achieve its goals in the Middle East unless it deals directly with the Arab-Israeli conflict and regional instability. There must be a renewed and sustained commitment by the United States to a comprehensive Arab-Israeli peace on all fronts: Lebanon, Syria and President Bushâ€™s June 2002 commitment to a two-state solution for Israel and Palestine. This commitment must include direct talks with, by and between Israel, Lebanon, Palestinian–those who accept Israelâ€™s right to exist–and Syria.

Thus, the report acknowledges that the Bush Administration strategy has failed dismally in Iraq, creating a situation that can or cannot be improved. The report does not look into the invasion of Iraq. Nor does it talk about weapons of mass destruction, the main reason for the invasion. It also does not credit al-Qaeda for the majority of the 180 daily acts of violence. Rather it blames the Shiâ€™a-Sunni conflict, the militias, the power struggle among rival Shiâ€™a groups, the involvement of Iran and Syria, and the apathy of other neighboring countries, along with criminali behavior, for the chaos prevailing in the country.

If such a study could have been done before launching the invasion, certainly the US could have saved 2 billion dollars in weekly expenses, 3,000 soldiersâ€™ lives and perhaps 600,000 civilian murders, not to mention billions of dollars of damage to already-struggling pre-war Iraq.

Who is paying for all the mess created by this war? American taxpayers, who have already paid over 400 billion and will ultimately end up paying several trillion dollars, as well as Iraqis whose national wealth is being spent to keep up the chaos.

The report does not offer any sign of hope to the people of Iraq. It gives a way out, for the US combatant troops, to leave the country as early as 2008, while maintaining the US presence in an advisory capacity in all its sectors. However, it acknowledges that the presence of the US is essential for the survival of Iraq as a country. It hints that the sectarian rife is so deep in Iraq that without the presence of a country like the US, Iraq would not be able to sustain itself.

If Iraq disintegrates as a country, it would have severe implications for the world at large, the report admits.

The report rightly looks at US interests in Iraq, and makes recommendations for securing and strengthening those interests. It definitely portrays a realistic picture about chaos, death and destruction and it identifies groups and individuals who seem to be part of this deadly reality.

Regardless of what happens to the recommendations, Muslims must look at this report in an objective fashion. Muslims who believe that Islam must be given an opportunity to guide people in all aspects of life must realize that violence in Iraq has reached to a level where the faith is unable to provide any inspiration to the warring factions to resolve their differences amicably and negotiate a settlement that would help them retain their dignity. The lust for control seems to be so strong that all norms and dictates of Islam pertaining to the life of human beings have been forgotten. What is worse is that many religious scholars and leaders are part of the problem and not the solution. They have allowed the hatred to reign supreme in the streets of Baghdad.

Those who justify violence against occupying forces have also violated all rules of resistance. It is a free for all. The biggest casualty in this ongoing sectarian war is Islam itself. Despite the facts that mosques in Iraq are full with devotees daily and the rituals are at their highest peak, their faith as a source of healing has lost all significance.

It is this damage that would last for centuries. Everything that Prophet Muhammad (s) stood against has become the norm, and the irony is that it is being done in the name of religion. A nation devoid of values will always be an easy prey to outsiders. Iraq will remain dependent on others for its survival as long as it does not resolve its conflicts internally. The bloody legacy of Saddam Hussein, coupled with the new legacy being created by the warring factions, would continue to reside in the minds of this and coming generations. A country so rich in natural and mineral resources would squander all to satisfy its lust for revenge.

Regardless of the presence or absence of US forces, the Iraqis must learn to live at peace with each other. Through negotiations and sharing, problems can be solved. But who is willing to go the extra mile to secure human life? The failure in Iraq is in fact the failure of some Muslim leadership, that has refused to turn to Islam to resolve its problems.

Here are excerpts from a letter from Iraq Study Group co-chairs James A. Baker III and Lee Hamilton:

â€œThere is no magic formula to solve the problems of Iraq. However, there are actions that can be taken to improve the situation and protect American interests. Many Americans are dissatisfied, not just with the situation in Iraq but with the state of our political debate regarding Iraq. Our political leaders must build a bipartisan approach to bring a responsible conclusion to what is now a lengthy and costly war. Our country deserves a debate that prizes substance over rhetoric, and a policy that is adequately funded and sustainable. The president and Congress must work together. Our leaders must be candid and forthright with the American people in order to win their support.

â€œNo one can guarantee that any course of action in Iraq at this point will stop sectarian warfare, growing violence or a slide toward chaos. If current trends continue, the potential consequences are severe. Because of the role and responsibility of the United States in Iraq, and the commitments our government has made, the United States has special obligations. Our country must address as best it can Iraqâ€™s many problems. The United States has long-term relationships and interests at stake in the Middle East, and needs to stay engaged.

â€œIn this consensus report, the 10 members of the Iraq Study Group present a new approach because we believe there is a better way forward. All options have not been exhausted. We believe it is still possible to pursue different policies that can give Iraq an opportunity for a better future, combat terrorism, stabilize a critical region of the world and protect Americaâ€™s credibility, interests and values. Our report makes it clear that the Iraqi government and the Iraqi people also must act to achieve a stable and hopeful future.

â€œThe Iraqi Army is making fitful progress toward becoming a reliable and disciplined fighting force loyal to the national government. By the end of 2006, the Iraqi Army is expected to comprise 118 battalions formed into 36 brigades under the command of 10 divisions. Although the army is one of the more professional Iraqi institutions, its performance has been uneven. The training numbers are impressive, but they represent only part of the story. Significant questions remain about the ethnic composition and loyalties of some Iraqi units specifically, whether they will carry out missions on behalf of national goals instead of a sectarian agenda. Of Iraqâ€™s 10 planned divisions, those that are even-numbered are made up of Iraqis who signed up to serve in a specific area, and they have been reluctant to re-deploy to other areas of the country. As a result, elements of the Army have refused to carry out missions.

â€œThe Iraqi Army is also confronted by several other significant challenges: Units lack leadership. They lack the ability to work together and perform at higher levels of organization the brigade and division level. Leadership training and the experience of leadership are the essential elements to improve performance. Units lack equipment. They cannot carry out their missions without adequate equipment. Congress has been generous in funding requests for U.S. troops, but it has resisted fully-funding Iraqi forces. The entire appropriation for Iraqi defense forces for FY 2006, $3 billion, is less than the United States currently spends in Iraq every two weeks.

â€œUnits lack personnel. Soldiers are on leave one week a month so that they can visit their families and take them their pay. Soldiers are paid in cash because there is no banking system. Soldiers are given leave liberally and face no penalties for absence without leave. Unit readiness rates are low, often at 50 percent or less.

â€œThe state of the Iraqi police is substantially worse than that of the Iraqi Army. The Iraqi Police Service currently numbers roughly 135,000 and is responsible for local policing. It has neither the training nor legal authority to conduct criminal investigations, nor the firepower to take on organized crime, insurgents, or militias. The Iraqi National Police numbers roughly 25,000 and its officers have been trained in counterinsurgency operations, not police work. The Border Enforcement Department numbers roughly 28,000. Iraqi police cannot control crime, and they routinely engage in sectarian violence, including the unnecessary detention, [and] torture…â€

Dr. Aslam Abdullah, is the editor in chief of the Muslim Observer, director of the Islamic Society of Nevada and the acting chairman of the Muslim Council of America. 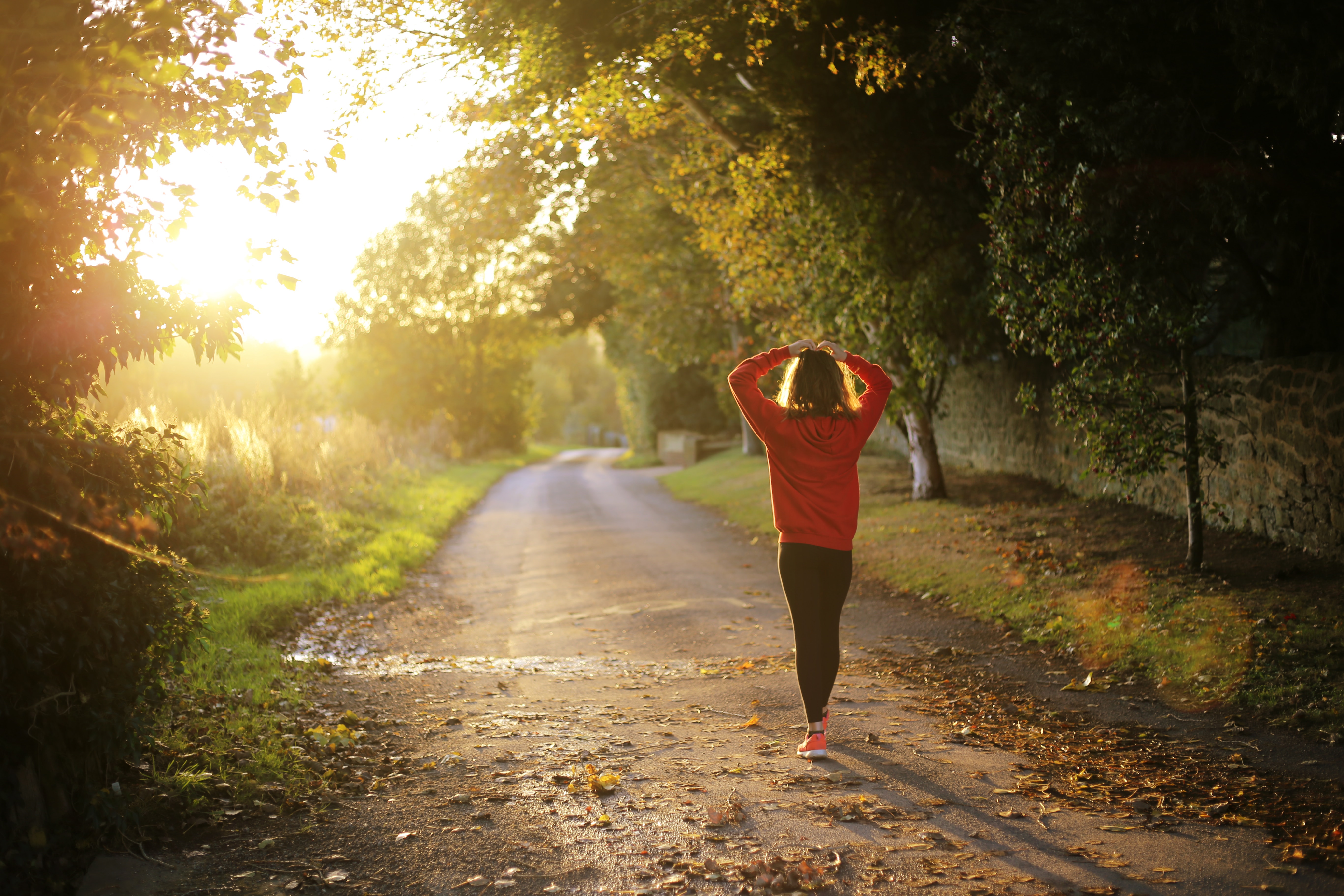 Parvez Musharraf: Premiership is far from the cry!
THE AMERICAN NOTEBOOK By Asif Jamal Pakistanâ€™s former President Pervez Musharraf speaks during an interview with Reuters in Dubai March…