Your mental patient is our dictator

Hitting the clash of civilizations thesis head-on only leaves both parties more or less mangled. The best response is to change lanes. Avoid the collision. Don’t even travel in the same direction. Get to where you’re going by going somewhere else. The challenge we face is not in explaining why Muslims turn to violence, because it is not only Muslims who turn to violence. It’s showing precisely that latter fact. Fortunately, you’re not alone.

As we learn in George Friedman’s Flashpoints: The Emerging Crisis in Europe, that self-declared continent’s centrality to human affairs is on the wane, though its peacefulness may be too: Europe has just not had sufficient reason to fight in a very long time. Åsne Seierstad’s One of Us: Anders Breivik and the Massacre in Norway, in turn explores the descent of a European who believes the time has come to fight. The first of these is helpful. The second is shattering.

Unless politics is your primary interest, or you want a very capable summary of the last several hundred years of Europe, accessible and respectable, I wouldn’t demand you buy Friedman’s latest. Seierstad’s book, on the other hand, should be on everyone’s shelf. (But read it, too.) Read in tandem, these suggest how secular Europeans might turn to violence, individually and collectively, and what the consequences might be.

To get to Friedman’s ringing conclusion, you must read a long autobiographical essay, pass an overview of European history that condenses what others have elsewhere already written (but is nevertheless necessary to his argument), digest slim albeit valuable chapters on individual states, and then there you are, and glad for the journey, for without it, you would not understand the destination, the khuda az social science, that came before necessary to know what happens next.

Though ostensibly a work of foreign policy, Friedman injects an emotion and passion that is unexpected but not unwelcome. He warns that because Europe is rich, but weak, and still divided, it can be easily bought off or bullied. There will be increasing conflict on the continent, with the principal players being Russia, Turkey, and Germany. Can it be avoided? Probably not, he says. For eventually people go to war because they feel compelled to. War happens, and will happen, because societies come to a point where they believe they have more to gain from fighting than not fighting. In that event, will our resources be where they need to be?

America’s prosperity rests on our strong alliances with important countries, including Japan, South Korea, Australia, New Zealand, and of course the member-states of NATO and the European Union. These are our most important friendships, and most critical partnerships—and not the Middle East or the Muslim world. On the whole, America has been a tremendously positive force in Europe, and Europe has been positive for America. These alliances must be maintained. Defended. Celebrated.

But our resources are not where they should be. Because fear of Islam, and loathing of Muslims, skews our sense of the world. Not just in America, but in Europe, too. Which means we must address the myth of a uniquely Muslim propensity to violence.

And so we come to Åsne Seierstad.

To be fair, I’d not read any of Seierstad’s prior books, which cover Afghanistan, Iraq and Chechnya, respectively. And I have to admit that, despite the good press this newest one has received, a book that starts—‘It was one of those clear, cold winter days when Oslo glistens’—did not seem in the least promising. Five hundred pages of this? I grumbled.

How wrong I was. This is an exciting, upsetting, outstanding book, meticulously researched, expertly crafted, and not in the least less interesting because we know what is going to happen. But maybe more so. The greatest benefit of Seierstad’s hard work and skillful pacing is, I’d venture, her ability to try to explain why it happened without forcing a singular narrative onto a complicated process.

I’m tired of the way Muslim radicals are dismissed as an outcome of Islam, as if adding Qur’an to human produces instant and combustible reaction—we are not an instant microwave mix. But I’m also tired of how we quickly run to mental illness as an alternative explanation. Just because you’re mentally ill doesn’t mean you’re evil, or going to turn to heinous action. I’m frustrated by how unashamedly we rush to find explanations that, on any cursory examination, don’t really explain anything.

Seierstad isn’t buying it, either.

Is Breivik born defective? Has some evil haunted his family? Was it the absence of his father, or the traumas inherited by his mother? Did it have to do with a flaw in his personality, or a compensatory affect that never succeeded? Did he really believe what he was doing, or did he come at it after having failed at everything else, or are these two not incompatible? Was he just insecure, or was he really that angry?

Was he wrong—or was he incapable of knowing right and wrong?

Or was it just the case that, in an environment casually hostile to Islam, soon enough people will take the next logical step, beginning with the worst of the lot? ‘His ideas, as Islamophobic as they are, are almost mainstream in many European countries.’ Breivik is the violent extension of an already seething and hostile racism. Breivik’s manifesto, timed to release with his massacre, is full of references to Pamela Geller, Robert Spencer (64 times, in fact), and Daniel Pipes.

Their racist banter appeals mostly to the marginal, those who have no serious response to a complex world—they’re grown-ups having temper tantrums. They demand Islam change, because it causes violence, even as they demand and celebrate violence—the irony, except it is not. That bigotry is not directly unaddressed; it is not Seierstad’s task to do so—her book is about Breivik’s radicalization, his character, his decisions, his descent, not Norway or Islamophobia broadly, except as relevant to her subject. (The indispensable Adam Shatz deals with Islamophobia and Norway in the London Review, which I hope you read.)

You should know this story. Because it’s been told before. Breivik admitted that though he went to war for Christianity, and believed Christianity a vital part of (his) Europeanness, but that he was not meaningfully Christian. He just killed people, his own people, because they weren’t Christian. Sound familiar? And now Breivik is facing a long sentence, and probably will never be released. In that outcome there is a clue to how we might interpret, civilizationally.

Is the only reason there are more of him in some places and not in others because of some civilizational achievement, or is it the same reality that divides California and Yemen? Both face drought. But a drought in a place with functioning government can be handled very differently. (Don’t you dare ask, though, what might cause the absence of government?) What is the difference between a Qaddafi and a Breivik, one man brandishing a Green Book, angry and dangerous, and a man with a manifesto for European independence, angry and dangerous, both of them eager to reshape the world in their horrifying image, with a creepy, childish, pathetic fetish for uniforms and titles, remaking the world in their image.

In some places, the patients have turned their societies into the prisons they should be confined to. 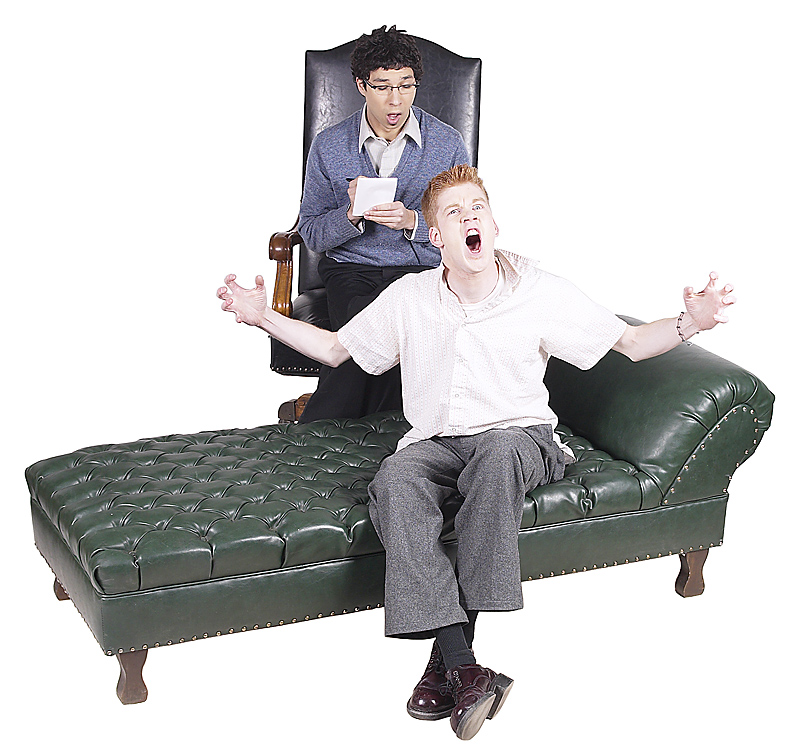 A Turk in the Heart of Texas

All Muslim Cemetery to Open in Flint