Thai food; the more exotic cousin of Chinese food that in the minds of many Americans is limited to pad thai takeout. Yet if looking beyond the stand-in mascot for this varied and often overlooked cuisine, you are bound to find new foods that challenge old perceptions and happily dance across all five taste centers of your tongue. I made such a discovery on my latest trip to California.

Appearance wise, Barn Rau Thai Halal of North Hollywood looks like a restaurant of a bygone era—not in a good way. Though the quaint interior has potential, the haphazard decorations, dirty fishtanks and outdated décor really don’t add to the whole Thai theme. The jolly proprietor looks like Santa Claus with a tan still complete with his infamous white beard and provides some ice breaking standup and self-depreciation humor for those dining at his establishment. Alas, I was there to eat and not make highbrow New Yorker comments about wall art so I sat down, looked at the quite eclectic menu and ordered a wide range of dishes that hit a good sampling of the menu.

Could the food redeem the décor?

Well if we were to make that judgement after my appetizer of chicken satay the answer would have been no. The chicken was quite dry and had defiantly been cooked for too long. The peanut sauce on the side did its best to mask the taste but a condiment alone cannot save overtly dry chicken. In addition to the satay, I also ordered some buffalo wings which while more edible then the satay, could generally only be described as passable.

However it was the entrees that had me starting to sing a different tune about this place. On the Thai side of things, I ordered the Panang curry with chicken as well as the pineapple fried rice. The curry itself was quite complicated as it needed to balance the combination of spicy Thai chilies, aromatic Thai herbs, and creamy coconut milk yet it was pulled off successfully. While the pineapple fried rice was not served in a pineapple as you sometimes see at other Thai restaurants, the main components were all there on the plate. In addition to the standard pineapple, rice, and shrimp, this version threw a few curveballs with the addition of chicken, raisins, and cashew nuts that made the dish feel like it belonged more at a Moroccan restaurant then at a Thai establishment. Yet when eaten alongside the curry, the fruits’ natural sweetness does a good job of freshening up your palate and making sure you are alert to all the different flavors that bombard your tongue at once.

On the less authentic side of things, I also co-opted two Chinese style dishes for my dinner including orange chicken and Mongolian beef. Surprisingly, the orange chicken was one of the standouts of the night as the sweet sauce immaculately coated the fresh-out-of-the-fryer chicken proving for a crunchy and tangy bite whenever you popped one of these suckers into your mouth. Though not having the advantage of being fried, the Mongolian beef also worked well over the course of the evening and provided a welcome surprise of bamboo shoots that provided a nice textural change from the beef and peppers.

As this was a Thai restaurant, the only natural drink to wash this meal down with would be a Thai iced tea. For those of you who have not had the pleasure of trying such a drink, let me explain to you how it all comes together. A specific strain of Ceylon tea is boiled, cooled off and added to a glass of ice with sweetened condensed milk. The otherworldly orange glow of this drink makes you feel like you are drinking some concoction that could be featured in the newest upcoming Star Wars film. Yet even for its enchanting or offputting color, depending on what camp you are in, I drank the tea with no problem and found it a perfect complement to the food to get me into the mood.

Editor’s Note: Sameer Sarmast is the President and Executive Producer of Sameer’s Eats, the first and only Halal food review web blog and video channel on YouTube. Sameer has been recognized by local and national media outlets as well as the U.S. State Department for his efforts in highlighting Halal cuisine. Sameer resides and works full time in New Jersey as a Vice President in Wealth Management for a major financial institution.  When he isn’t working, he loves to travel and spend time with his friends and family. Follow him on twitter @SameersEats. The views expressed here are his own. 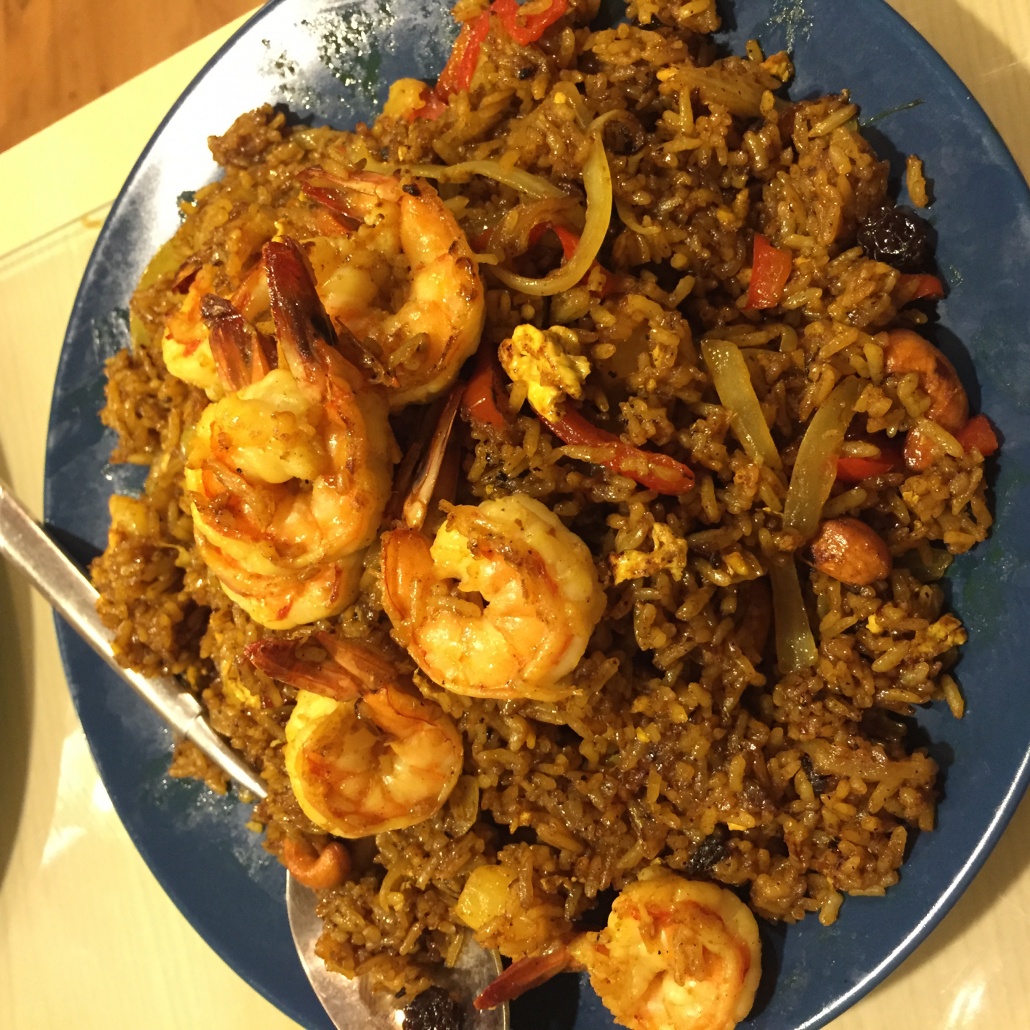 In Support of Rick Snyder
By Muslim Snyder Campaign Volunteer For the first time, Michigan Muslims are active in the upcoming primary elections to be…

A Presentation on the Israeli-Palestinian Peace Process