Despite Islamophobia rampant throughout the world and Muslims everywhere under attack, when disaster strikes as it has in Haiti, Muslims react instantly with charity and a deep sense of humanity.

If the foregoing seems to describe a paradox, to Muslims, helping others in distress regardless of religion, is a Koranic mandate. This past weekend Islamic Relief held a successful fundraiser in Anaheim, Ca to raise funds for disaster relief in earthquake ravaged Haiti. The speakers described the Islamic duty to support this cause citing Koranic chapters and centuries of precedent.

Before a capacity crowd the evening, which began with a recital from the Koran, featured such noted Muslim figures as Dr. Muzammil Siddiqi, Dr. Maher Hathout and Imam Zaid Shakir.

A video showing the devastation in Haiti played during the length of the evening.

â€œWe are all part of the human familyâ€, Dr. Siddiqi told his audience.

When Dr. Maher Hathout took to the podium he asked his audience to imagine what life must be like for people whose very existence changed in a matter of seconds.

â€œWe do what we do because we are followers of the Koran and of Mohammed (pbuh).â€

Imam Zaid Shakir of the Zaytuna Institute spoke of the parallel between the tragedy of Haiti and the tragedy of Gaza. In the former there is mobilization through out the world to come to the aid of the Haitians. For Gaza, one year after the devastating attack by Israel, rebuilding has not begun and aid convoys are turned away. Despite this the people of Gaza have raised money for the suffering people in Haiti.

Islamic Relief leader Anwar Khan presided over fundraising and spoke of his experiences in Haiti. He had just returned from a two day visit, and his testimony was particularly compelling because he spoke as an eye witness.

â€œThe smell of death was everywhereâ€, he said.

The 7.0-magnitude earthquake left an estimated 1.5 million people homeless, and initially 200,000 were killed. Many survivors have died since due to malnutrition and dehydration and injuries received during the quake. People are sleeping in the streets with nothing under them but bricks. With a shaky infrastructure to begin with, there is very little that the earthquake did not damage or destroy. Homes, schools, places of worship, government buildings – all suffered damage and those that are not level are unsafe.

Islamic Relief set up temporary shelters in tented areas for 120 families. They worked with and befriended the Haitians whom they helped. This contrasts with many other relief efforts in which the volunteers felt the need for body guards and also the need to construct barbed wire fences between themselves and the Haitians. The humane ambiance of Islamic Reliefâ€™s work in addition to the direct aid is an outgrowth of religious faith.

The evening was presented by Islamic Relief in coordination with the Islamic Shura Council of Southern California. Sponsors were CAIR-LA, MPAC, MAS, MSA-West and COPAA.

Islamic Relief is a charitable organization which has operated for a quarter of a century to alleviate poverty, illiteracy and suffering and to bring aid and comfort to victims of natural and man made disasters. They are often the first responders to any emergency, and their work covers every part of the globe. They operate without reference to nationality, creed and color. They partner with other aid groups both local and international.

The list of their activities is encyclopedic. Here are a few: an orphan support program; water and sanitation development; education, and income generation. They have been in Pakistan in the aftermath of devastating earthquakes there; in Gaza when Israeli bombs were dropping; in Ethiopia during a famine, and in our Gulf States in the aftermath of Katrina.

To find out more about Islamic Relief and/or to contribute, please access them at: www.islamicreliefusa.org. 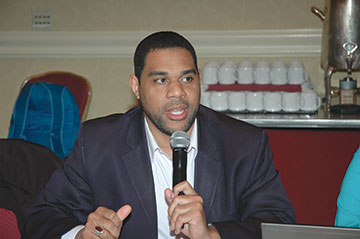 U.S. Prepares to Vacate Pakistan Air Base
By Tabassum Zakaria and Mark Hosenball Men on motorbike, with Pakistanâ€™s national flag in hand, lead an anti-American rally of…