LaunchGood, a global crowd-funding platform that supports an all-encompassing range of positive Muslim initiatives, will be holding a one-of-a-kind 30 day giving challenge during the month of Ramadan.

So how does it work? People sign up on LaunchGood.com and pledge that they will donate at least a dollar every day during the month of Ramadan towards a recommended project. If a person doesn’t want to donate to the recommended project they can donate to a project of their own choice, even one previously recommended.

As of Tuesday afternoon LaunchGood had 237 donors signed up. LaunchGood is aiming to get at least 500 donors on board by June 16.

“The average successful crowdfunding campaign has 75 donors. By driving 500 donors towards a single cause every day we can ensure the project will be a success,” LaunchGood Co-Founder and CEO Chris Abdur-Rahman Blauvelt told The Muslim Observer.

“We’re going to have a special page on FB where people vote for their favorite campaign, and the one that is most popular at midnight will be removed from the list and take the place of the daily campaign,” said Blauvelt. “We will put out 50-60 campaigns that people can scroll through and vote on each day. We didn’t want to pick the campaigns ourselves. We wanted to use the power of the crowd to decide which projects should get highlighted.”

The inspiration behind the challenge was the Kassig family. Abdul-Rahman Peter Kassig – an idealistic, loving young American and convert to Islam doing aid work in Syria – was beheaded by ISIS in fall of 2014. Later the same evening, his parents, Paula and Ed Kassig, spoke at their church in Indianapolis and stated, “Our hearts are battered, but they will mend. The world is broken, but it will be healed in the end. And good will prevail as the one God of many names will prevail.”

“We started thinking of what if we had a special Ramadan campaign that people can do something everyday, not as an individual but as a group. When you give along with hundreds of other people it’s more fun.

“I’m interested to see if this addresses the issue of donor fatigue. There are people who shoulder the majority of the donations. They are not going broke, they’re fine financially, but after awhile they get tired. Crowd funding is different in that we try to get lots of smaller donors instead of a few big donors.”

Crowdfunding is no gimmick, it can get eye-opening results. One project helped a young woman from Virginia, Mam Matty Sy, attend an Arabic language program in Texas. In exchange for financial aid she created dresses for donors. She eclipsed her goal of raising $10,000. “She later said that she didn’t even know 95% of the people who donated. She got responses from all around the world,” said Blauvelt.

“The point of the 30 day giving challenge is to help Muslims understand how much good they can do by working together. There are so many people out there doing good work, we just need to support the work that they are doing.”

To learn more about LaunchGood’s vision, community of donors and full-service model, visit launchgood.com, follow them on facebook.com/launchgood and Twitter @launchgood. 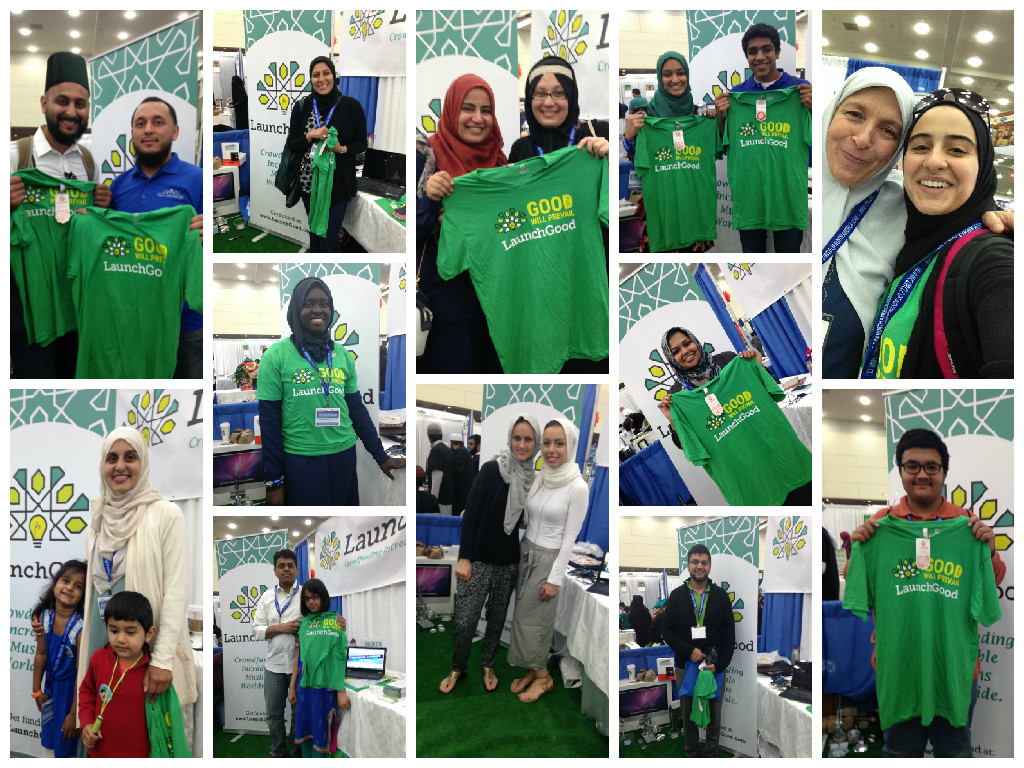 The Israeli Infiltrator
By Sumayyah Meehan, MMNS Middle East Correspondent An uproar has exploded within the borders of Kuwait this Ramadan and it…

Unique Ceremony to Celebrate Positivity in the Community