My Impressions of Libya and Some Afterthoughts:

I went to Libya in the early Seventies. Having obtained a Ph.D. from the University of London two years previously, I received a telegram  from the University of Libya in Tripoli (now Al Fateh University) to come and teach there. After arriving in Libya, I was told that I was to teach industrial chemistry to the B.Sc. students. This was a surprise since my training was not in that area. However, I designed a course in a week or so which was available before the semester started and hoped to do the best. Soon thereafter, the October War (the Yaum Kippur War) started. Although Libya was not involved in the war, there was much excitement on the campus. Qadhafi was complaining in his speeches that he was not consulted — Obviously, Sadat, nor any other Arab leader had trusted him. However, I saw many battle tanks with Algerian markings moving along the main highway towards Egypt but before the Boumedieneâ€™s forces could reach the battle front, the war was over as Nixon had sent Apache helicopters with antitank weaponry directly to the war theatre from the American bases in Italy and Sharon had found a gap in the Egyptian positions to pour in troops at the rear of the Egyptian lines and had destroyed the missile batteries which were vital to the air defense. The Egyptian professors on the campus told me that defeat was staring Egypt in its face. So much for the war Euphoria! We did settle down to teaching chemistry after the war was over.

As a person teaching industrial chemistry, I had an opportunity to see some of the countryâ€™s industrial infrastructure first hand, as I took students on visits to industries as a part of the curriculum. I found that at least in those days the infrastructure was feeble and scanty and mostly manned by foreign workers. What was hindering progress was obviously a shortage of skilled manpower. Many decades have passed since but what is obvious is that even allowing for sanctions, the country is, as yet, far from becoming a Malaysia, a Singapore or even a Dubai or Qatar. The countryâ€™s cash reserves are enormous but the lack of opulence among the common people is strikingly clear. I must admit that I have soft corners for this planned egalitarianism but the hazards of one manâ€™s whims have had their effect as we shall see later, which could put this idealism in disrepute.

I saw Qadhafi only once during my stay. It was when he came to supervise elections of one of the â€œ peopleâ€™s committeesâ€ (lajnat-al-Shabia) in the university. The jamaheer (democracies) idea had a striking similarity with the soviets and the Chinese communes, which were hybridized with Qadhafiâ€™s own brand of Islamism — Literature from the Soviet Union and the Peopleâ€™s Republic of China was banned in Libya and was made inaccessible to the people for comparison.

We knew about Mao Tsetungâ€™s Cultural Revolution, his Red Guards and the Red Book. Amid this cultural turmoil in the world Qadhafiâ€™s own Green Book took shape and a bizarre cult of personality ensued. More about this later:

When Qadhafi and his associates staged the coup against King Idris, he had attracted attention from much of the Muslim population of the world because of his youth, his charisma and the fact that his rhetoric included reference to Islam in the governance of the country, in marked contrast to the prevailing secular and socialist ideologies in most Arab countries, notably in Algeria, Egypt, Syria and Iraq. However, the mask soon came off when during my stay there the Muslim Brotherhood members were persecuted and crushed. Some of the University students at that time became victims of this persecution.

In the following years, Qadhafi became the supreme leader, the law giver, the jurist, the mujtahid, commander-in-chief of the armed forces and everything else one could possibly think of. He dismantled the traditional military structure and gave the task of defense to peopleâ€™s committees, whose unprofessionalism soon became fatal as was evident when those responsible for manning missile batteries proved to be incompetent in even defending Qadhafiâ€™s abode against an air raid ordered by President Reagan. He modified the Islamic calendar, which is in use in Libya and nowhere else. He effaced the influence of Ulama and Fuqaha as he envisaged himself to be the sole interpreter of the Sharia. He saw no need for the Qurâ€™anic interpreters, as in his words â€œQurâ€™an was revealed in plain Arabicâ€ and therefore Arabs did not need intermediaries between them and God. He considered no other source beside Qurâ€™an to be valid. Next in importance was the Green Book (three volumes), written by him, without any partnership, which encompassed the constitutional framework of the government, the law, judicial exegeses, the penal code, philosophical anecdotes and everything else on earth. His own wisdom became sacrosanct, unrivalled even by Confucius. So as a result of his systematic destruction of all traditional institutions, at present there is no social, military and religious infrastructure in Libya to be relied upon in the aftermath of the overthrow of his regime.

All this would have been considered maverick and scholarly, if one could not notice in his eyes clear signs of a disturbed personality.

His behavior ranges from idiosyncratic to psychotic. He reminds me of the Fatimid khalifa Al-Hakim, who showed signs of psychosis and was run out from Cairo by the populace.

It is natural for us to be skeptical when the West demonizes a Muslim leader. He automatically gets the benefit of our doubt but in this case evidence against him is abundant. He forced Wahdah (unification), first on Egypt then on Tunisia. When the Arab countries did not show any interest, he turned towards Sub-Saharan Africa and wanted to lead her in a United States of Africa. That dream also did not materialize. He tried to purchase an atom bomb from China. Spurned by Zhou En-Lai, he turned towards Pakistan. When Pakistan too said no, he became very bitter. He ordered Egyptian navy during the period of unification, to sink the luxury ocean liner QE2, full of American tourists, in the Mediterranean. The naval commander would not do it without referring to Sadat. There were reports that he asked Nasser permission to shoot King Husain in an Arab summit conference in Cairo. It is also a known fact that he sent assassins to kill King Abdullah of Saudi Arabia. The blowing up of the Pan Am flight over Lockerbie in Scotland is another example of bizarre behavior. Then all of a sudden he metamorphosed from Mr. Hyde to Dr. Jekyll and became from enemy number one to the best friend of the West, meeting with Condoleezza Rice and embracing Gordon Brown, Sarkozy and Berlusconi.

We need no further evidence to conclude that autocracy, whether benevolent or tyrannical, is something we must not tolerate in the Muslim world. It will certainly be inimical to human development. My experience of the Libyan people is that they are very sweet, friendly and full of promise. They deserve a better leadership. However, there is a real danger now that the upheaval in the Arab countries may once again provide entries to Trojan Horses — I am not talking about Islamists — and usher in another era of exploitation. The Revolutions must be on their guard against such hazards. 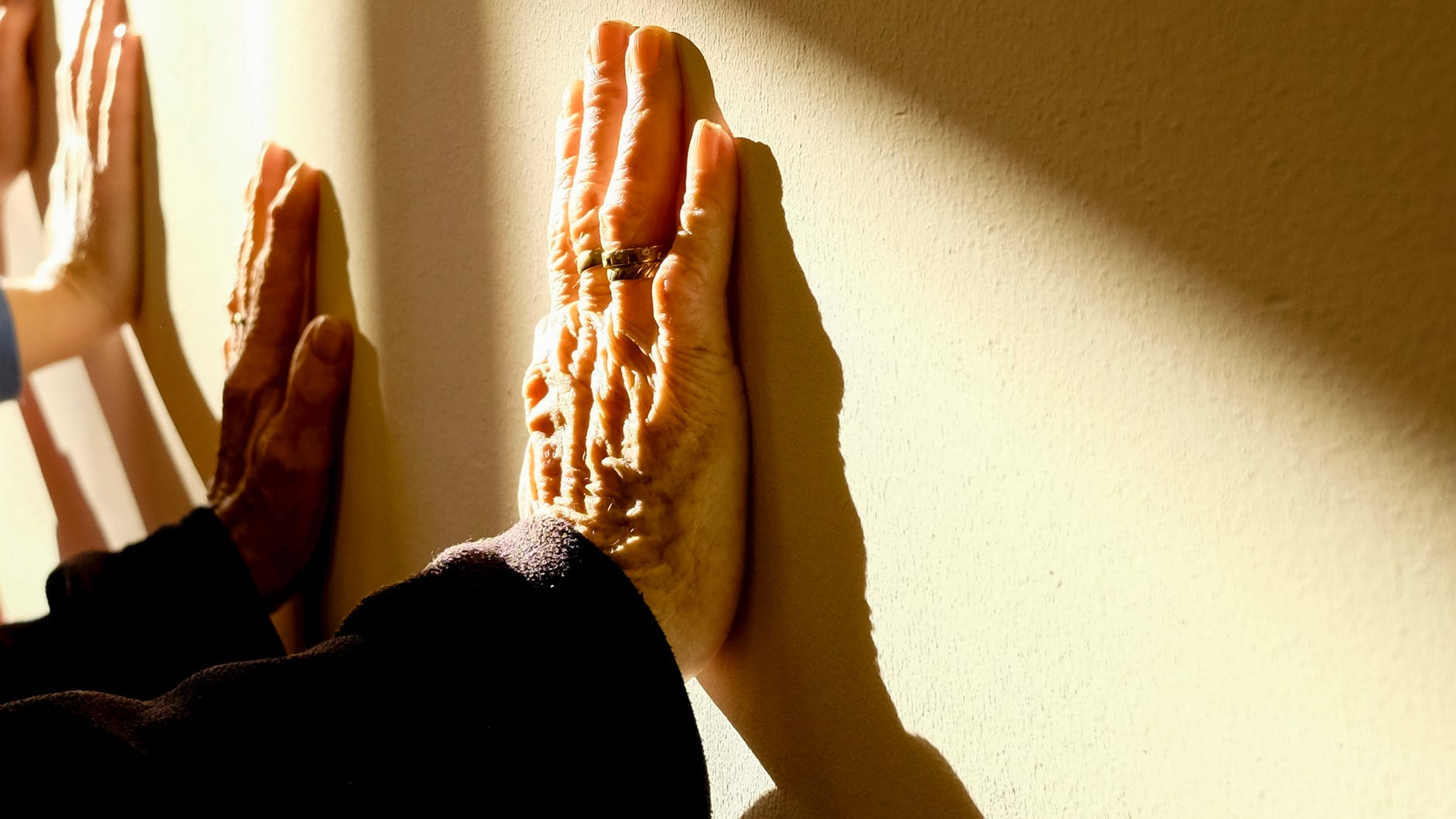 Baltimore riots: the fire this time and the fire last time and the time between
By Chad Posick, Kate Drabinski & Michael Sierra-Arevalo The Conversation [caption id="attachment_19418" align="alignright" width="800"] Bricks thrown by protests lie on…