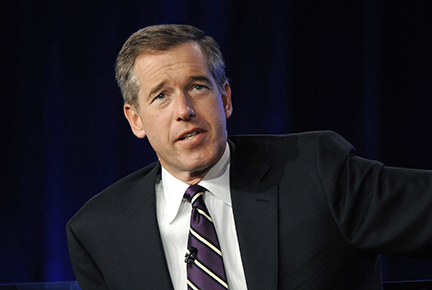 REUTERS/Phil McCarten
Brian Williams from “NBC Nightly News” answers a question during the panel for NBC News at the NBC Universal sessions of the Television Critics Association winter press tour in Pasadena, California in this January 10, 2010 file photo.

(Reuters) – Brian Williams, the anchor of NBC’s top-rated “Nightly News” program, has been suspended without pay for six months after admitting last week that a story he told about coming under fire on a helicopter during the Iraq war was not true, the network said on Tuesday.

As one of America’s most prominent journalists, Williams’ suspension and sudden downfall casts a pall over the Comcast Corp-owned network and its reputation as one of the most authoritative sources for news in the United States.

“By his actions, Brian has jeopardized the trust millions of Americans place in NBC News,” NBC Universal Chief Executive Officer Steve Burke said in a statement from the network.

“His actions are inexcusable and this suspension is severe and appropriate.”

Williams, 55, a star anchor who has led “Nightly News” since 2004, has told different versions of a tale in which a U.S. military helicopter he was riding in during the first days of the Iraq war in 2003 was hit by a rocket-propelled grenade.
His suspension comes after he voluntarily took himself off the air on Saturday and five days after NBC News launched an inquiry into his story of the event.

NBC News President Deborah Turness said in a memo to staff that the inquiry is still ongoing.

Backlash against Williams, who also served as managing editor of the newscast, swiftly gained steam from soldiers on social media after a Jan. 30 “Nightly News” segment in which Williams retold a version of the story.

U.S. military newspaper Stars and Stripes first reported on a number of soldiers who disputed Williams’ claims, saying he was not on or near the helicopter that was hit.

“This was wrong and completely inappropriate for someone in Brian’s position,” Turness said in the memo.

Williams’ fall from grace has also sparked a wider debate about the role of the news anchor at a time when the influence and relevance of the nightly network broadcast has waned in the Internet age.

Williams’ apology last week, in which he said he misremembered the event, was widely mocked and criticized. He also struggled to explain himself in an interview with Stars and Stripes on how he misrepresented the story.

“Because I knew we had all come under fire, I guess I had assumed that all of the airframes took some damage because we all went down,” Williams told the newspaper in a Feb. 4 interview that was published on Monday.

Lester Holt, the weekend anchor of “Nightly News,” will continue to fill in for Williams, the memo said.

Williams built on his celebrity as an anchor by frequently appearing elsewhere on television such as late night talk shows and hosting NBC’s sketch comedy show “Saturday Night Live.”
The popular newscast, which averaged about 10.2 million viewers for the week ended Feb. 2, war earning an estimated $148 million in advertising revenue for NBC during the third quarter, according to Kantar Media. 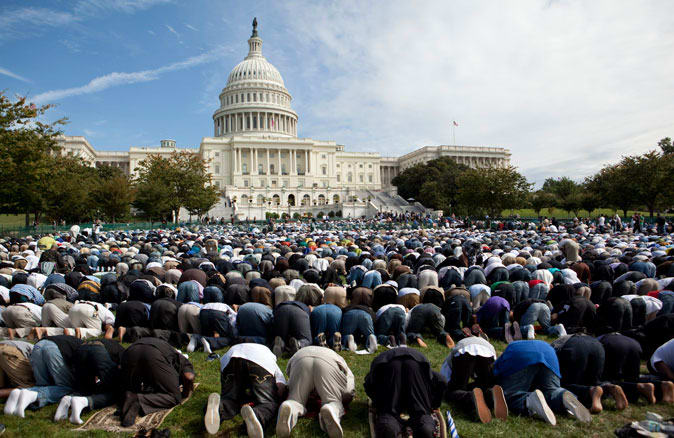 Syria Sees No Peace with Bush in Office: Assad

Is the US Funding ISIS?
By Laura Fawaz, Contributing Reporter Governments always lie, but to what extent we never fully know.  In particularly, the rise…

The STAY HUMAN Flotilla to Gaza

© 2017 MuslimObserver.com, All Rights Reserved
A love letter to American Muslims

Surrender at the cinema: A daughter reflects on film and her father to #Rem...
Scroll to top