A growing number of Muslims, especially in the US and Canada, now identify with an Islam that is non denominational. They can simply be called Muslims, however, if anyone wants to distinguish them as a separate category, they may be described Non Denominational Muslims or NDM.

Who are they and what do they believe in?

They believe in prayers, fasting, zakat, and Hajj as explained in the Quran and explained by the Prophet. They benefit from the accumulated knowledge left for posterity by the scholars without having their allegiance to any single of them. They respect all regardless of their distinct identity for their scholarship, sincerity and dedication.

They believe that the Prophet and his personality offer the role model to Muslims and others and consider him and other prophets a direct link between the divine message and changing human circumstances.

They do not believe in dividing the ummah in shia, sunni sects or Maliki, Hanbali, Hanafi Shafai and Imamiya factions They believe that time has come to break down the barriers that Muslims have structured over centuries and work for the unity of Muslims based on the Quran, sunnah and human intellect.

Their major differences with denominational Muslim groups focus on few major issues. These are, human dignity, human rights, equality of gender, rule of law, freedom of expression, rights of non-Muslims and adaptation to the changing circumstances. They do not accept the dominant position taken by all sects that apostasy is a crime punishable by death. They see no relevance of blasphemy law in Islam. They stand for the equality of gender with rights and duties for both men and women in a proportionate manner. They advocate responsibility of human beings towards each other without any discrimination against anyone. They do not believe in any act of violence to achieve their theological freedom and religious rights as well as injustices against them.

They argue that the rule of law should be supreme ensuring that divine laws pertaining to the unity of humanity are not violated. They argue that non-Muslims are equal citizens of the world and their rights must be protected the same way as the rights of Muslims. They do not believe in promoting a state that exclusively serve the interests of Muslims only or give them a dominant position to the negligence of others. Above all, they believe that the divine guidance empowers them to make a clear distinction between the message that is permanent and the message that was relevant to the seventh century Arabia. They believe the intent of the divine guidance was to help people overcome their differences and live peacefully with their differences without any coercion.

The non denominational Muslims view the entire universe as a manifestation of divine will without any division of worldly and religious sciences. They advocate a knowledge that helps people to understand, explore and conquer the forces of nature to create a better world for all human beings.

They do not believe that human beings are an image of God. They consider God the supreme and all His creation subordinate to Him.

They believe in the ability of human beings to do good and to join efforts to eliminate injustices and biases that race, culture, language, ethnicity, geography, or status have created. They believe that slavery has been abolished once for all and they stand for people’s right to self determination based on the principle of justice and peace.

They do not divide human societies into majority and minority communities because in their view justice is the essence of human existence and the ultimate act of worship as it would ensure that the dignity and rights of every human beings are secured.

It is this non denominational approach that is being questioned and challenged by the well entrenched sectarian and factional leadership because such an approach has the seeds to eliminate the role of clergy or the so called spokespersons of God empowering the people to have direct stake in the faith they believe is the straight path to their success in this world and the hereafter. The non denominational Muslim movement is a mass movement under the leadership of the Quran, the Prophet and human intellect. It has no organization and it has no single spokesperson. It is this movement that has the potential of bringing out monumental change in the way Muslims practice their faith and the manner the world view Islam. The movement will succeed because it alone can lead Muslims to the divine guidance as delivered and practiced by the Prophet without any divisions. The movement will overtake the Muslim mind once the independent thinking is promoted and encouraged. 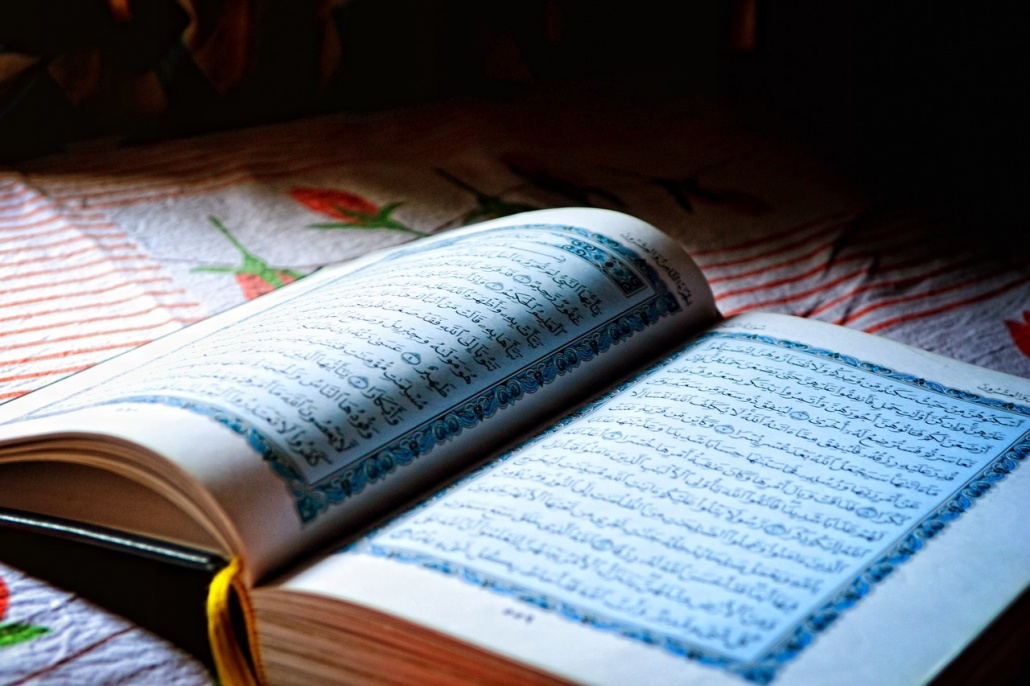 Bradford Muslims Rally To Save Synagogue

Death of a Warrior
Scroll to top