Raising a Confident Muslim-American Child in the Age of Islamophobia

A mother and her children observer a soccer practice in Kapolei, Hawaii. Photo Credit: Keoni Cabral/Flickr

Although I experienced the stress and love of caring for my son Ibrahim, who endured an illness and eventually passed away, I am now realizing the enormity of my responsibility as a mother to two growing children.

I spend my day making sure my almost three-year-old son Musa and my eighteen-month -old daughter, Anabiya are not popping a dust ball or an ant they found on the floor into their mouths, poking their fingers into a light socket or trying to belly slide down two flights of stairs.  It is exhausting to maintain this level of hyper vigilance at all times. Just the other day, all three of us were in the bedroom piled on the bed, reading. I dropped my guard for a few minutes and when I looked up, I realized I was alone.

I dashed into the kitchen to see that my son had pulled up a chair next to the stove and was precariously perched on it, staring intently at the electric burners, trying to figure out what he was supposed to do next.  I scooped him up. Crisis averted.  Then it was time to look for Anabiya.  I knew where she was.  In the bathroom sloshing the toilet water with her hands. Fantastic.

Musa and Anabiya depend solely on me for everything, from basic survival needs to more complicated things like providing them with a nurturing environment. But after rescuing my babies that day, I had an epiphany: my children aren’t always going to be small enough for me to protect. These daily near misses are a reminder of the big scary world that they are growing up in and going to face alone one day.

Fast-forward a year and the headlines read  twelve people were murdered in France at the Charlie Hebdo magazine’s offices on January 7, 2015. This attack saddened me, but it wasn’t until later — when the hashtag “KillAllMuslims” appeared on Twitter, two mosques in France and a Muslim’s place of business were attacked, a Don Lemon asked Arsalan Iftikhar (a well-known American human rights lawyer) if he supported  ISIS and a Shannon Bream, a FOX reporter said she worries that ‘typical bad guy’ terrorists will escape if skin color is covered  — did I once again wonder how does a mother protect her brown, Muslim children in this world.

I recognize that my children’s greatest problem right now is that they hate bedtime, but from a mother’s perspective, their future looks gloomy. All the parenting books I read, the supermoms I emulate, and the Baby Center updates I subscribe to are suddenly not enough. My responsibility goes beyond the norm: I have to not only raise healthy and happy children, but I have to do so in a hostile environment.

Will Musa come home from school excluded and even ridiculed because of the Arabic name I chose for him? Will Anabiya become Ana to those people who didn’t want to take the time to learn her proper name? Or worse, will a racist, anti-Muslim bigot physically attack my innocent children? I contemplate keeping them at home, like my own little Bubble boy and girl. Because Canada is where Americans threaten to move when look bleak, I even seriously consider moving there, until — like African-Americans, Jews and the Japanese-Americans — Muslims are no longer the bad guys.

Cultivating strong will and resilience in Musa and Anabiya is very important to me, but, will this world, seemingly filled with hatred of Muslims, only stifle them? I wonder if they can thrive in a world that may blame, hate, and punish them for crimes they do not commit, and then ask them to personally and repeatedly apologize for that same crime. After the shocking attacks in France, American Muslims rushed to condemn and explain, for the millionth time, the difference between “moderate Muslims” and the extremists who commit these crimes. People’s inability to distinguish between the two leaves me wondering if Musa’s confident leadership would be seen as a threat or a positive attribute.

Every time I am frustrated and overwhelmed with the enormity of the future, I remember the question my husband asked me.  A question that always centers me and reminds me to stay focused. “Well, what did your parents do?” he asks. “I bet there was a lot of racism when you were growing up. Your neighborhood is still predominantly white.”

Editor’s Note: Sabina Khan-Ibarra is a mama, writer and activist.  She is the founder of Muslimah Montage (now AltMontage on AltMuslimah), editor at AltMuslimah, and the Social Media Co-Chair for MuslimARC. This article originally appeared on AltMuslimah.com and is excerpted here with permission. 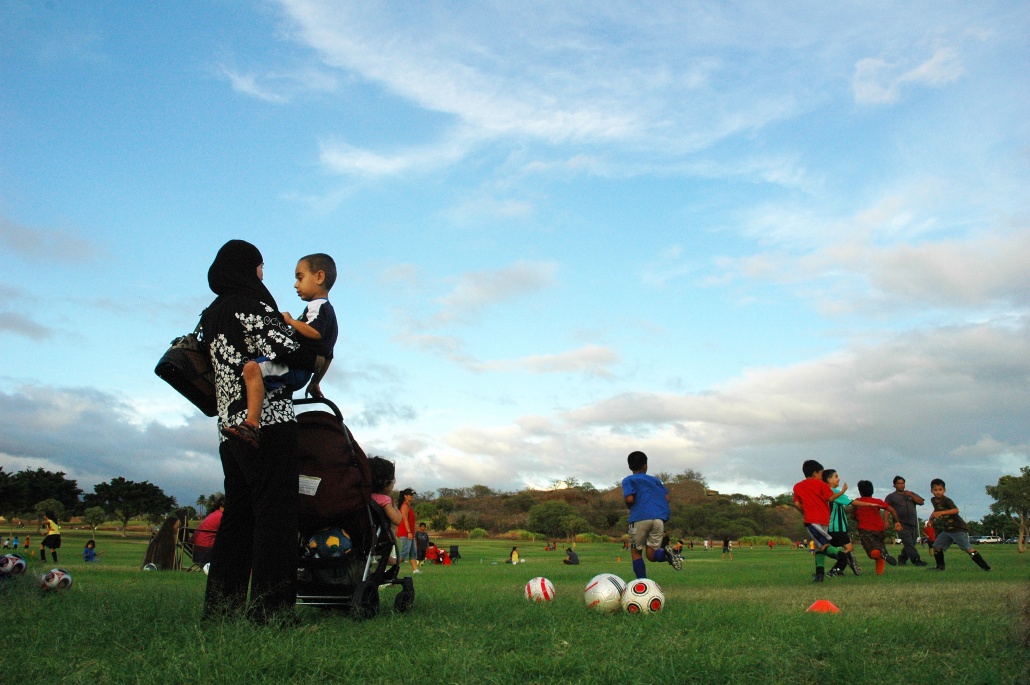 The Myth and Mystique of “Machu Pichu”

The Next Republican Party

7 things to teach kids about jumma’