Ramadan: the Month of the Quran, the Last and the Lasting Divine Guidance

Before it came to be known as the month of Fasting, the companions of the Prophet (s) knew Ramadan as a month of the Quran, the last and lasting Divine guidance to humanity.

â€œThe month of Ramadan in which was revealed the Quran, a guidance for mankind and clear proofs for the guidance and the Criterion (between right and wrong) So, whoever of you sights the month, he/she must observe fasts that month and whoever is ill or on a journey, the same number (of days which one did not observe fasts must be made up) from other days. Allah intends for you ease, and he does not want to make things difficult for you. He wants that you must complete the same number of days and that you must glorify Allah for having guided you so that you may be grateful to Him. (2:184).

The revelation began in the month of Ramadan. The night in which the Quran began to be revealed is referred to in the Quran the blessed night: We sent it (the Quran) down on a blessed night, (44:2) or the night of Decree, Verily, we have sent it (this Quran) down in the Night of Al-Qadr. (97:1). It was the strength, clarity, simplicity and universality of the message that the night was described an extraordinary night.

With its 6332 ayas (verses) spread in 114 suras (chapters) divided in seven stages and 30 parts, the Quran was finalized and compiled in the life time of the Prophet (s) who alone among human beings knew what it was. Only the Prophet (s) could testify, verify and approve what the Quran consisted of as no other human being in his time shared that experience. He put his seal of approval on the finality of the divine message and gave his instructions on its arrangement.  The Prophet (s) ensured that every verse revealed to him was recorded and written at the time of its revelation.

It is also mentioned in Masnad Ahmed, Sunan Abi Dawood, Sunan Nasai, Jami Tirmdhi, Ibn Habban, and Musdark Hakim that Usman bin Affan, the third Caliph, narrated that whenever a verse was revealed, the Prophet (s) used to call scribes immediately and instruct them to write it in the sura whose part is was meant to be.

Zaid bin Thabit is reported as mentioned in Sahih Bukhari, that in the life time of the Prophet (s) there were at least four from Ansar of Medina, Abi binKaab, Maadh ibn Jabal, Zaid, and Abu Zaid who had the entire Quran written with them.

It is also reported that in Medina Abdullah bin Saeed bin al-As, who was a calligrapher was specially instructed to teach the art of writing the Quran to the citizens of Medina.

Besides other material, paper was also used to write the Quran. The scriptures refers to the word paper twice:  But even if we had sent down unto thee [O Prophet] a writing on paper, and they had touched it with their own hands – those who are bent on denying the truth would indeed have said, â€œThis is clearly nothing but a deception!â€ (6:7), â€œFor, no true understanding of God have they when they say, â€œNever has God revealed anything unto man.â€ Say: â€œWho has bestowed from on high the divine writ which Moses brought unto men as a light and a guidance, [and] which you treat as [mere] leaves of paper, making a show of them the while you conceal [so] much – although you have been taught [by it] what neither you nor your forefathers had ever known?â€ Say: â€œGod [has revealed that divine writ]!â€ – and then leave them to play at their vain talk. (6:92) The Quran also uses the word Riq, â€œIn a Scroll unfolded; (52:3), a kind of paper made from the skins of animals.

In the books of ahadith, we come across the names of at least 45 more companions who knew how to read and write the Quran. They are (in alphabetical order):

He was so particular about preserving the Quran in writing that even at the time of his migration from Makkah to Median, he had a scribe with him with ink and pen.

The Quran described itself as a book, a word that appears in 230 times in various contexts.

Even though there are narrations in many books that suggest that the Quran in the form that we have it today was compiled during  the Caliphate of Abu Bakr at the insistence of Second Caliph Umar bin al-Khattab and later finalized at the time of third Caliph, Usman bin Affan, the verdict of the Quran about its finalization, preservation, authenticity and compilation is overriding. â€œWe have, without doubt, sent down the Message; and We will assuredly guard it (from corruption).â€ (15:17) â€œAnd (moreover) We have guarded them from every evil spirit accursed.â€ (15:17). Or â€œThis day have I perfected your religion for you, completed My favour upon you, and have chosen for you Islam as your religion. (5:3).

It is obvious that the efforts of the Caliphs were to make copies of the Quran from the original for wider distribution in the Muslim world. It is evident from the writings of Ibn Hazm in his book Kitab ul Fisl that over 100,000 copies of the Quran were present in the entire world at the time of Umar bin Al-Khattab

The Quran describes itself as a book that proves the commonality of the Divine messages previously revealed to earlier prophets that were not preserved in the original form by their followers. It also asserts that the Divine message has essentially been the same revolving around three main principles;

a); monotheism in the sense that the source of all divine messages is Allah, the initiator and the creator of the universe,

b); the guidance from a higher and neutral source is needed by human beings to lead a simple and disciplined life. It is only through following the divine guidance human beings can discipline their lives the same way as every thing else in the universe runs in a perfect order.

c); the life is in constant evolution and the death would not end the life but move in a difference stage of existence where individuals and groups would be held accountable for every thing that they do and say in their limited life in this world.

The greatest miracle of the Quran is the consistency of this message throughout evident in all its suras and ayas.

The linguistic beauty and style are evident to only those who understand the language but the clarity and consistency of the message is for everyone regardless of their linguistic skills and they relevant for all times.

In other words every sura of the Quran is connected with its overall message with variations in emphasis and every aya is related with a particular aspect of the message within the context of the total guidance.

Thus the month of Ramadan offers the believers a unique opportunity to refresh their understanding of the guidance and live it for an entire month so that the life in coming months could be disciplined around that. Thus, the first task for every believer is to get connected with the divine guidance in a disciplined, consistent and regular basis.

The fasting enables a person to live the principle of self control and self discipline, which is essential to realize the strength and relevance of the Divine message.

Seemingly, a large number of Muslims do not know the Arabic language and hence find it hard to understand when the Quran is recited to them. Moreover, we also have the traditions informing us that the reading of the Quran gives us the reward of reading one letter to the equivalent to the 30 letter reward. The mercy and the divine measurement for good deeds are limitless and this narration should be read in that context.

Besides earning reward for reading the Quran without understanding, we can also make efforts in the month of Ramadan to read it with understanding. This may even double or triple the reward. It is no harm to read the Quran with translation. Non-Arabic speaking believers can recite the Quran in Arabic and listen to its pronunciation during the taraweeh prayers besides, reading the translation in their own languages to understand the essence of the divine message. This understanding will enable us to get closer to the guidance of Allah.

Often it is argued that it is difficult to understand the Quran in any other language. The Quran, on the other hand repeats the following verse four times: â€œAnd We have indeed made the Qurâ€™an easy to understand and remember: then is there any that will receive admonition? (54:17) Besides, the Quran also says: â€œAnd among His Signs is the creation of the heavens and the earth, and the variations in your languages and your colors: verily in that are Signs for those who know.â€ (30:22)

The reading of the Quran with meaning would give us an opportunity to understand the Divine message as is and inspire us to appreciate its relevance for us in our times. Thus in addition to reading the Quran, we can also make efforts to live it.

We spend much of our efforts in correcting our pronunciation of the Quran. This is good and the proper sound of every letter and word must be perfected authentically. However, the main purpose of perfecting the pronunciation must never be ignored: I, e, to understand so that we could live the Quran, the way our Prophet (s) lived it.

During the month of Ramadan we arrange lavish functions for the breaking of fast, a good practice to bring people together. However, if in these functions, we make it a habit to focus on understanding one of the passages of the Quran, probably we can make better use of these gatherings. It would not take us more than 5 to 10 minutes to reflect on the message of the Quran in these functions, but it would help us understand the divine guidance, the main reason for decreeing fasting in this month.

The month of Ramadan in which was revealed the Quran, a guidance for mankind and clear proofs for the guidance and the Criterion (between right and wrong) So, whoever of you sights the month, he/she must observe fasts that month and whoever is ill or on a journey, the same number (of days which one did not observe fasts must be made up) from other days. Allah intends for you ease, and he does not want to make things difficult for you. He wants that you must complete the same number of days and that you must glorify Allah for having to guided you so that you may be grateful to Him. (2:184) 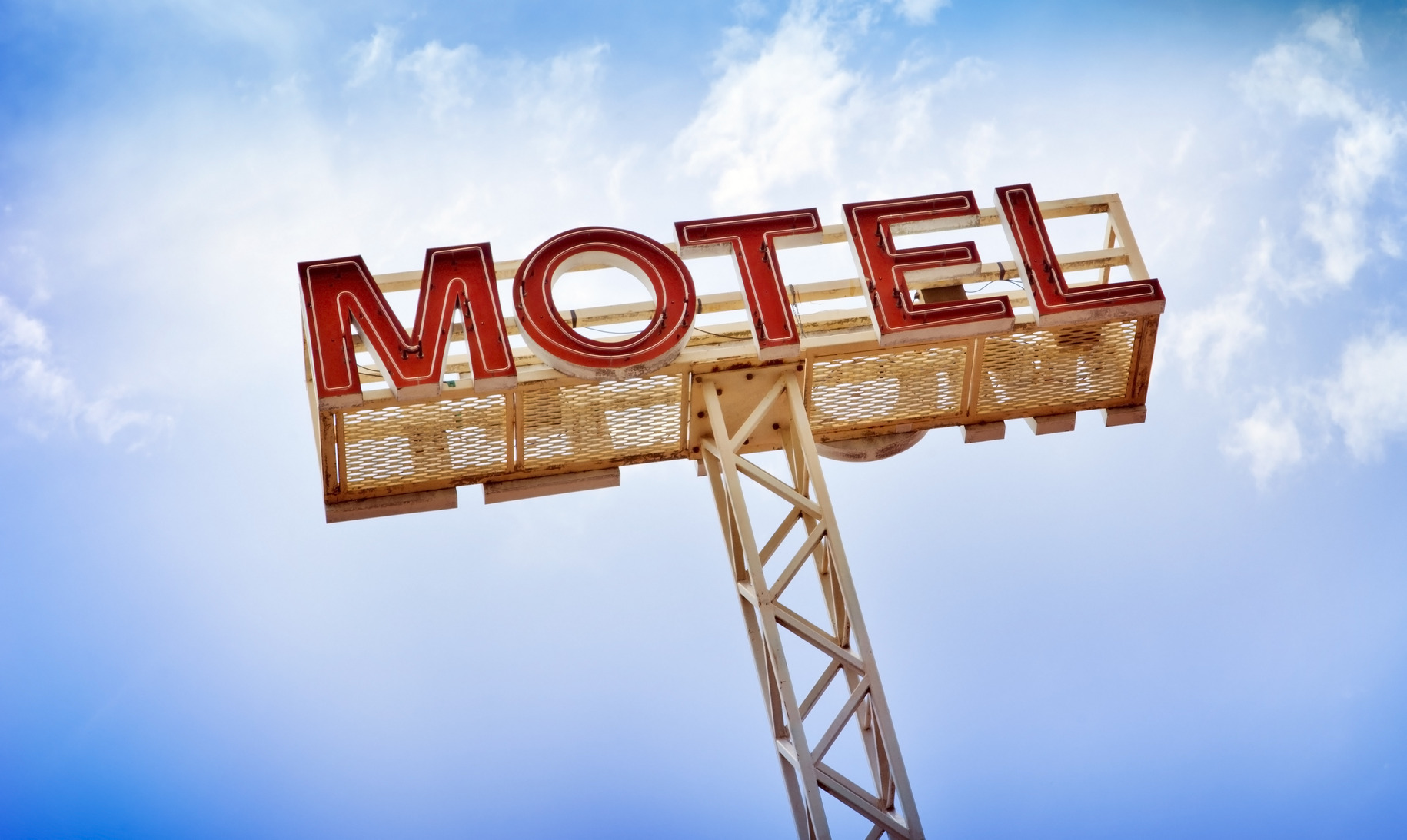 Wanting and having a God who hears all

The Muslim Community in Chile
By  Salma Elhamalawy, The Society of Muslim Union of Chile Views of Al Salam mosque in Santiago, Chile   The…

How Did You Convert to Islam

© 2017 MuslimObserver.com, All Rights Reserved
Ellison Statement on the Beginning of Ramadan Ramadan: Light Up My Life
Scroll to top