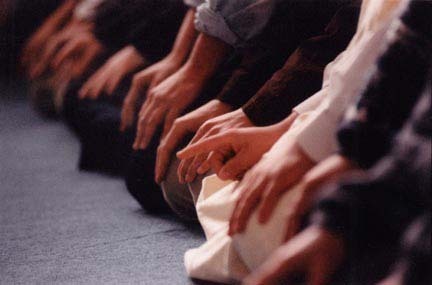 Since the beginning of the twentieth century, there has been a massive migration of people from the east to the west. Most of them migrated for economic reasons, to avoid persecution or are seeking asylum due to their refugee status. Much of Europe, the United States, Canada and Australia are facing an influx of people of different religions, cultures, and ethnicities. This rapid increase has created a problem of integration resulting in conflicts and sometime in xenophobia. In this age of globalization, we need to go beyond our own religious boundaries and understand spirituality that is not defined by particular religious scriptures or sets of rules.

Religious intolerance has no place in today’s world. We do not need to pretend that we are all in agreement, but we need to learn to disagree respectfully. Tolerance, acceptance, and showing dignity to people of all faiths is the only way that people of different religions of the world can live together with peace and harmony.

Religious pluralism is the acceptance of all religious paths as equally valid, promoting co-existence. Pluralism is not just tolerance, but actively seeking to understand differences between religions and finding the core values. A pluralist approaches religious diversity by stating that, within certain limits, one religion is as good as any other. Thus, according to religious pluralists, Islam, Christianity, Judaism, Buddhism, and Hinduism all are equally worthy and are true religions. However, a majority of followers of any specific religion do not adhere to this belief. Such exclusivists say that only one religion is the truth and that their religion is superior to all other religions.

Diversity, Tolerance and Acceptance in Islam

While a majority of Muslims may subscribe to the exclusionist viewpoint, the Quran promotes the concept of pluralism. God says in the Quran, “O mankind, indeed we have created you from male and female and made you people and tribes that you may know one another. Indeed, the most noble of you in the sight of Allah is the most righteous of you. Indeed, Allah is Knowing and Acquainted.” (Quran 49: 13). According to this verse, there is equality among all human beings and an acceptance of diversity. No person is superior to another person except for moral superiority. Human diversity exists, as the divine will. The Quran says, “If Allah had so willed, He would have made you a single community, but (God’s plan is) to test you in what He has given you: so, excel one another in good deeds. You will return to God and Allah will show you the truth of the matters in which you dispute.” (Quran 5:48).

God stated clearly in the Quran, “If a person believes in God, surrenders to His will and does righteous things he will be rewarded,” therefore the decision about salvation will be made by God not in the name of religion, but on the basis of behavior. Those who choose good behaviors of kindness, morality, and serving humanity will be rewarded. Those who neglect the truth and follow evil will be punished.

The Quran acknowledges that different groups adhere to an exclusionist view, noting how adherents of one religion consider their beliefs as the absolute truth and those of any other as void, and how they consider themselves as blessed and saved, going to heaven, while all others will be damned to hell. But, the Quran makes it clear that it will be God who will decide who is saved and who is damned on the Resurrection/Judgment Day. God says in the Quran, “Jews assert the Christians have no valid ground for their beliefs. While the Christian asserts that the Jews have no valid ground for their beliefs and both quote from their sacred books, and those who have no knowledge (Pagans) say the same thing about others. But Allah will judge between them on the Day of Resurrection concerning that over which they used to differ.” (Quran 2: 113).

To eliminate religious intolerance and persecution, we need to be examining similarities and understanding differing texts as complementary. We should not declare another religion’s sacred text to be false. The similarities of God’s message and the stories about Adam, Noah, Abraham, Moses, and Jesus are the same in the Quran as they are in the Old Testament. In fact, the Quran has an entire chapter on the Virgin Mary, the Immaculate Conception, and the birth of Jesus Christ.

The Medina charter, a document from 622 AD written by Prophet Mohammad is regarded as the first constitution in the world, which is an excellent reflection of diversity and tolerance.

Tolerance and Acceptance is the Solution

Religious pluralism is on the rise due to many reasons, including politics, anti-discrimination laws, and globalization. To pronounce against any religion as false is deeply disrespectful. Many people associate the pluralist theory of religious diversity with a number of good qualities such as being humble, reasonable, open-minded, informed, appreciative of difference, tolerant, and being opposed to proselytizing (attempts to convince those outside the religion to convert to it). Pluralists claim that all religions of some kind share a common core, and that this is really what matters about the religions: their equal value is found in this common core.[1]

I believe that Islam is a perfect religion and it is a way of life, contributing towards building cohesive societies. It gives me a sense of purpose for life, morals, character building, and serving humanity. Islam is an inclusive religion of peace, tolerance, harmony, compassion, and gender justice; it is not an exclusivist religion of violence, intolerance, hatred, and misogyny. This is the path I choose to reach God. Based on Quranic directives and the examples of Prophet Muhammad. I treat the followers of all religions with respect and dignity.

It is important for people of all faith to teach their children to show respect, tolerance, and acceptance of all individuals irrespective of their beliefs. We need to remember, all of the religions were sent to earth for one basic purpose, which is for life to survive on the planet against entropy and to promote humanity. We can see this in the core of all religions. Respecting others and showing dignity to others is necessary to promote peace and harmony. As Islam emphasizes “No man is a true believer unless he desires for his fellow being what he desires for himself.”

In Dallas-Fort Worth in USA, many Muslim leaders are concerned about the increase in sectarian violence and atrocities towards minorities in Muslim countries. It is very disturbing that thousands of people belonging to minority sects have been killed during the past few years. For Muslim moral majority it is very painful and disturbing. Hundreds of Muslim scholars and Muslim organizations have issued statements condemning these atrocities. ISNA issued a strong statement on Muslim code of honor promoting religious harmony. Marrakesh Declaration “0n the Rights of Religious Minorities” in January 2016 emphasized to governments, scholars and Muslim community leaders to develop the concept of “citizenship” which is inclusive of diverse groups, to restrict material which instigates aggression and extremism and to confront all forms of religious bigotry, vilification, and denigration2. Unfortunately none of these efforts have been fruitful. Unfortunately, the incidents of violence towards the minorities in Muslim countries had increased in past year.

It is time that the Muslim scholars and leaders once again sit together to spread the information on commonalities among various sects and religions, instead of elaborating the differences. We need to nurture our youth to tolerate the differences and learn to live in peace and harmony. To achieve this goal Muslim leaders and Imams representing different sects in DFW area have established an Institute of Quranic Knowledge and Intra-faith Religious Acceptance (IQRA) with the primary goal to “evoke insightful intra-faith/inter-faith dialog and serve as a policy institute that contributes knowledge to the Muslim world, through progressive research and advocacy concerning religious edicts, laws and policies”.

It is impossible to get the entire community of 1.6 billion Muslim to think alike but it is possible to have the coexistence of people with different beliefs to live in civilized communities in the world. The major challenge is to persuade people to stop killing one another because they have slightly different interpretations of the Quran and teachings of Prophet Mohammed (saws). We must learn from our Christian brothers who faced similar sectarian induced atrocities until a few hundred years ago.

Under the guidance of IQRA, we started the dialog between community leaders, Imams representing various religious doctrines; Sunni, Shia, Ismaili, Ahmmadiyya, and Bohra communities. We also are including religious leaders of Christian and Jewish faith. Our meetings have been extremely fruitful as all the representative Imams and community leaders have made a commitment, to promote religious harmony among various groups and instill the unity among all faiths and doctrines.

“Verily never will God change the condition of people until they change it themselves” Quran 13:11

Op-Ed: Miscellaneous Thoughts on the Tenth Anniversary of the Iraq War

The Passing Of Imam Mohammad Naseem
By Dr. Ahmadullah Siddiqui A great Dai & Murabbi has passed away on December 27th, 2007 in Houston, Texas. His…

Barack Obama Plans to Reach Out to the Muslim World