The struggle between Bulls and Bears in the stock market continues as usual. But what is unusual this time is that the Bullâ€™s case for buying stocks is unraveling in stunning ways, perhaps even to them!

No one knows what the future holds when it comes to the markets. Uncertainty adds to the riddle about who and what are right. Obviously, that doesnâ€™t stop bullish promoters from making predictions about where the markets will be at yearâ€™s end — or even further along. Just today a promoter, who has been largely wrong in his earlier predictions, said again that he sees the S&P 500 reaching 1,600 by the end of 2008.

Bulls rely on the historic record or any data they can mine from it that supports the notion, that over long time periods, stocks always move ever higher. While that may be true to some extent, it means nothing in todayâ€™s changed and changing environment.

One look at what has happened in Japanâ€™s stock market over the past two decades should serve as a wake up call about what is possible. Of course, promoters could never say that stocks are headed for the tank. Thatâ€™s bad for business and certainly doesnâ€™t further their careers.

Bears rely on a stronger dose of realism. They know full well that there are also long stretches of time when stocks are mired in bear markets, as in the 1964-1982 period. Past secular bear markets eventually gave way to better times and renewed bull markets. But what ailed our economy during past bear cycles later proved to be transitory in nature and, eventually, worked itself out.

However, this time may well prove to be different. The challenges faced by our economy and stock markets appear to be so large and difficult that the notion that they will â€œself-correctâ€ in coming quarters seems more like a pipe dream than an analytical case backed by logic and facts.

Why? Letâ€™s start with todayâ€™s most obvious challenges, the first being the housing market depression. Thatâ€™s what it surely must be when home builders refer to their market in that way, and thatâ€™s what they are saying.

The problem looms larger when you consider that housing is now the most important manufacturing industry in America. The ripple effects from this severe downturn are large and meaningful. Exacerbating these troubles is what is happening with the sub-prime mortgage mess. Sure, youâ€™ve been hearing about this for some months now, and I have covered this topic several times.

But the problem continues to get worse, more so than anyone ever expected. At first, bearish analysts warned that losses could total close to $200 billion. As large lenders and investment banks began to report their losses, that estimate proved far smaller than what was actually emerging. Estimates for losses soon went past the $400 billion mark, and suddenly we are hearing estimates for losses approaching $600 billion.

What next?! Maybe we shouldnâ€™t ask! Noted economist Nouriel Roubini now estimates that losses in the sub-prime sector could soar close to $1 trillion!

Also, largely unknown until recent months is the proliferation of the alphabet soup of financial toxic waste, an area that has been going bad at record rates. First there were sub-prime mortgages, followed by CDOs, CMOs and CLOs. Then in recent weeks, we learned about large losses on ARSs (auction rate securities), which were considered â€œas safe as cash.â€ Or, at least, that is how they were sold!

In the Financial Times this week we learned about VIEs, Variable Interest Entities. And guess what? More losses! Whatâ€™s next?! Again, maybe we shouldnâ€™t ask?

Some think that Inflation is another concern for the economy and the markets, too. But how many times have we heard from Hank Paulson, Ben Bernanke or touts on CNBC — like Larry Kudlow — that inflation is benign, within the Fedâ€™s comfort zone and nothing unusual. Suddenly prices of commodities are soaring — all over the world — far faster than even most commodity bulls — like me — were expecting.

I almost fell out of my chair one night this week when Kudlow himself expressed concern about rising prices! As one of the loudest proponents of more and more rate cuts by the Fed, you would think heâ€™d be happy with how Chairman Bernanke has answered the call.

But cutting rates when prices are on the rise has always been viewed as an economic â€œwrong,â€ since that tends to devalue the currency, making inflation worse. Predictably, inflation is gearing ever higher in reaction to recent Fed moves, and even those who wanted rate cuts are seemingly shocked at how the markets are reacting to them.

During Congressional hearings this past week, Bernanke said again that inflation should moderate as our economy slows. But the economy has been slowing noticeably for months, and yet inflation measures go higher still! This plan goes along with the notion that a falling dollar will help ease our trade deficits. But the dollar is tanking, and still the trade deficit hits new record highs every year.

Maybe worst of all are the new estimates regarding costs of the mindless, illegal wars in Iraq and Afghanistan, which are now bleeding us into bankruptcy. Economist Joseph Stiglitz and Budget Expert Linda Bilmes were the first to estimate those costs as eventually exceeding the $1 trillion mark. Now their most recent work, The Three Trillion Dollar War, shows that estimate to be low — by a factor of three!

Can you imagine that we will eventually burn up nearly $3 trillion while losing two wars? This is stunning news, especially given the state of our nationsâ€™ finances. The U.S. government is broke, yet continues to take on financial commitments that it cannot possibly pay. So weâ€™ll do what weâ€™ve done with all other costs for these wars — borrow the money from foreignersâ€¦AAARRGH!!

No one can say with any real certainty what the future holds for our economy or the markets. Some very smart people have failed in trying, so I wonâ€™t even try. But the evidence is not only becoming clear to all, it is mounting in truly scary ways. What next?

If the stock market were selling at a valuation level that could support bad news in ever increasing amounts, I wouldnâ€™t worry so much. But the S&P 500 sells at a multiple of earnings that is typically seen at the end of secular bull markets. And current earnings are under threat from massive losses in financial instruments, which were hitherto unknown to most of us.

This is no time to listen to the optimists who trumpet that good times are around the next corner. Now is the time to appreciate what the evidence is showing and retreat to a position as defensive as possible.

The markets are always filled with riddles. But todayâ€™s punch lines are all pointing to lower markets and lower living standards for most Americans.

Have a great week?
Bob 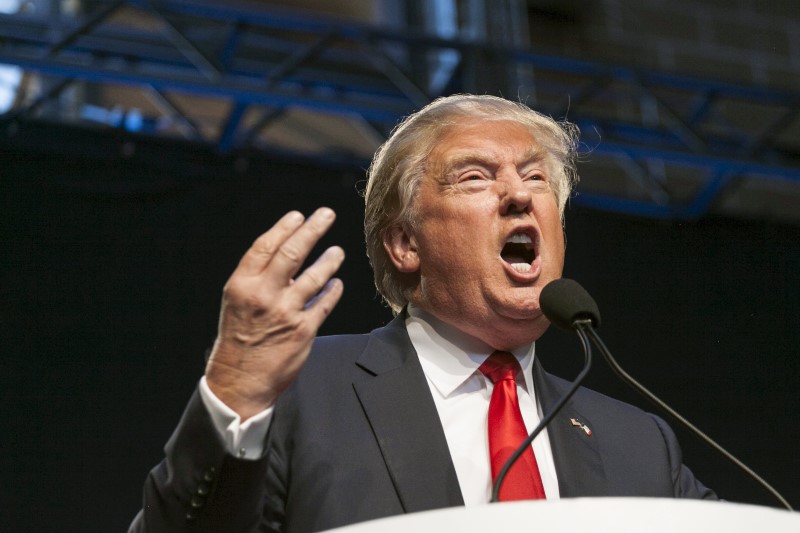 More Women Want to Carpool with Obama than McCain

Seerah on the Weekend of the Mawlid

© 2017 MuslimObserver.com, All Rights Reserved
CAIR-MI Seeks to Empower Muslims What Is in a Middle Name
Scroll to top