At least 36 people were killed in Sundayâ€™s attacks alone on Syriaâ€™s second city, the Syrian Observatory for Human Rights said, after reporting 85 deaths the previous day.

Saturdayâ€™s toll was one of the bloodiest in weeks and reflects the deep divide between the government of President Bashar al-Assad and his opponents despite 10 days of peace talks.

The air force was also accused of killing 76 people on December 15 by unleashing barrels packed with explosives on Aleppo.

The nearly three-year-old conflict erupted into a full fledged war after a bloody regime crackdown on peaceful anti-government protests in the wake of Arab Spring uprisings that toppled veteran presidents.

More than 136,000 people have been killed in Syria since the conflict began, with January one of the bloodiest months, and millions have been displaced internally and as refugees in neighbouring countries.

Young boys, covered with dust, make their way through the rubble of destroyed buildings following re â€¦

The war has also spilled over into Lebanon, sparking sectarian clashes between supporters and opponents of the Syrian government as well as deadly car bomb attacks.

Another 15 died in separate air raids and barrel bomb strikes on the divided city.

Similar attacks on Saturday killed at least 85 people, including 65 civilians, said the Observatory which relies on a network of activists and medics on the ground for its information.

According to the monitor, 34 people were killed in one neighbourhood alone on Saturday, 10 of them jihadists from Al-Nusra Front, Al-Qaedaâ€™s Syrian affiliate.

Once Syriaâ€™s economic hub, Aleppo is now split into regime- and rebel-held areas, with large swathes of the city devastated by the fighting that began there in mid-2012.

Over the past weeks Assadâ€™s forces have been advancing in the area around Aleppo city, in a bid to rout out the rebels.

Pro-regime newspaper Al-Watan newspaper reported Saturday that government troops had seized control of most of the east Karam al-Turab district — which the Observatory confirmed.

The newspaper said troops were trying to win control of several eastern and northern districts in Aleppo, buoyed by their capture of the area around its airport late last year.

The airport reopened to traffic in January after being closed for nearly a year by fighting.

With violence raging unabated, Deputy Foreign Minister Faisal Muqdad blamed the opposition for the failure of peace talks in Switzerland that ended on Friday with no tangible result.

SANA quoted Muqdad as describing the opposition as â€œmercenaries manipulated by foreign forcesâ€ — a reference to Western and Arab countries that back Assadâ€™s opponents.

Representatives of the Syrian government and the opposition held 10 days of talks that failed even to meet the primary goal of allowing humanitarian access into besieged areas, mainly the Old City of Homs.

Western nations are now planning a UN Security Council resolution on the issue and possibly on the slow pace of a programme to move Syriaâ€™s chemical weapons out of the country.

Despite not being on the agenda at the talks, aid has entered the besieged Palestinian refugee camp of Yarmuk on the outskirts of Damascus, and hundreds of the estimated 18,000 residents trapped inside were allowed to leave.

The UN agency for Palestinian refugees, UNRWA, has distributed more than 3,000 food parcels since it gained entry to Yarmuk in mid-January. 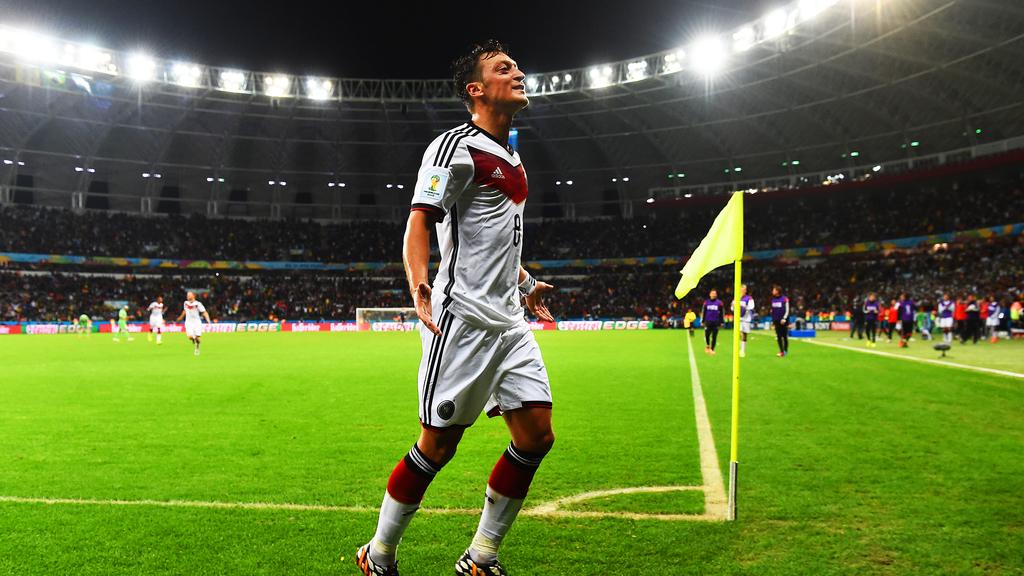 Ozil and the case of racism in Europe

© 2017 MuslimObserver.com, All Rights Reserved
First University in the World Can Empathy Be Learned?
Scroll to top