Western fears of Islamist takeover in post-Mubarak Egypt are unfounded. During recent protests, the Muslim Brotherhood has demonstrated a commitment to peaceful political participation. The US now has an opportunity to support a truly democratic Egypt, including the Brotherhood.

Chicago and Geneva, New York â€” Before Egyptians had the chance to properly celebrate their tremendous victory and wake up to the first morning of a new Egypt, they were met with predictable concerns that Egypt is on the brink of an Islamist takeover. Western (particularly American) policymakers and pundits remain worried that Egyptâ€™s largest Islamist organization, the Muslim Brotherhood, will hijack the inspirational revolution that brought an end to Hosni Mubarakâ€™s 30-year tyranny, and will lead Egypt down the path of Iran-style theocracy.

By now, careful observers will know that these fears are unfounded on multiple levels. The protests were not led by the Muslim Brotherhood, which only joined them after they had been going on for days. The Brotherhood itself is not the bloodthirsty threat to liberty its enemies would have us believe. And the process of engaging in collective action may actually have deepened some of the internal fissures within the partyâ€™s leadership, making it unlikely to â€œdominateâ€ Egyptâ€™s future in any single, clear direction.

The Brotherhood is an organization whose leadershipâ€™s main aim is to retain the ability to influence the shape of Egyptian society. This means that it will need to work with the military, along with Egyptians of all political backgrounds, to navigate a period of martial law before anticipated reforms take effect. Throughout this period, we should expect the Brotherhood to do what it has so often done: to work with, not against, the people whom it represents.

Over the past few weeks, those people have unequivocally told the Brotherhood, as they have told Mr. Mubarak, the Americans, and anyone who will listen, that they are finished with authoritarianism. On the barricades, they also rejected the logic of sectarianism. Brotherhood activists were among the many Muslims who protected Christians â€“ and were protected by them â€“ during the prayers in Tahrir Square and elsewhere that so eloquently and persistently spoke for freedom.

Some members of the Brotherhood participated in negotiations with Vice President Suleiman, and pledged their support for Mohamed ElBaradei as a part of the National Association for Change, while others remained in the streets and in Tahrir, demanding no negotiation before Mubarak was gone. In other words, it is an organization that is responsive to its constituentsâ€™ demands, but tactically divided in its pursuit of them.

So why do American policymakers and media analysts continue to be governed by a politics of fear? As the bogeyman of Egyptian politics, the Muslim Brotherhood has been labeled a terrorist organization, murderer of Anwar Sadat, ally of Al Qaeda, and the social equivalent of the Taliban.

The reality is that the Brotherhood renounced violence decades ago, but the partyâ€™s leadership and rank-and-file alike have continued to pay the cost of this now mistaken association, so carefully perpetuated by the Mubarak regime. Mr. Sadatâ€™s assassin came from a splinter organization called Egyptian Islamic Jihad (the group led by Ayman al-Zawahiri, who would later join forces with Osama Bin Laden). Most of Egyptâ€™s most unreconstructed militants, from Mr. Zawahiriâ€™s Islamic Jihad and the larger Islamic Group, remain in prison.

These are not the Brothers. In fact, the tiny cadre of real jihadists in Egypt scorns the Brotherhood as the â€œcourt Islamistsâ€ of the Mubarak regime, given that Brotherhood members have been repeatedly elected as independents to Egyptâ€™s parliament during Mubarakâ€™s rule. While this may play to committed militants as capitulation to a bankrupt regime, to most Egyptians, the Brotherhoodâ€™s participation in parliament â€“ particularly its dogged insistence on questioning ministers and holding the government to account â€“ has helped to make an otherwise ornamental institution at least somewhat relevant.

Undoubtedly, this is why the Mubarak regime worked so hard to make sure that the Brotherhoodâ€™s share of seats dropped from 88 to one in last Novemberâ€™s election. When anticipated changes take effect and the Brotherhood is allowed to stand as a political party, it will join a wide range of other Islamist parties in the region (like Moroccoâ€™s Justice and Development Party, Jordanâ€™s Islamic Action Front, and Yemenâ€™s Islah Party), whose participation has helped to make often anemic legislatures more significant, against all odds.

Brotherhood is diverse and divided

Beyond this explicitly political role, however, the Brotherhood is probably better known and respected for its charitable work, which includes running hospitals, fund-raising, and other activities that are vital to many in Egypt, where millions live on less than two dollars a day. As the Mubarak regimeâ€™s economic reforms increased the wealth of a small middle class, most Egyptians have seen their declining living standard accompanied by a shrinking social safety net, making the Brotherhoodâ€™s welfare policies all the more critical in the lives of citizens in the Middle Eastâ€™s most populous country. The physical and economic damage wrought by the 18-day revolution will probably make this need even more plain.

When we lived in Cairo, we met and interviewed many Brothers (and Sisters) who were young, tech-savvy democrats â€“ socially conservative for sure, but nothing like the cartoonish fanatics they are said to be in the West. They believe in Islam, but they also work in concert with Christians, leftists, and activists from other movements.

But some Brotherhood members have mixed feelings about the youthâ€™s confrontations with the regime, as reflected by the 2010 internal election of the relatively staid Mohammed Badie. This cadre appears to have expressed its reluctance mainly by reinvesting its energies in the service activity that helped to build the organization in the first place, making sure that the social message doesnâ€™t get lost in the noise of opposition politics.

But the organization has pledged publicly not to run a candidate in the coming presidential election, and it is not clear that they would pursue or be able to win a clear parliamentary majority. And yet the specter of an Islamist â€œtakeoverâ€ has for too long been deployed against on-the-ground realities to justify continuing suppression of the democratic aspirations of all Egyptians â€“ Muslim and Christian, Islamist, leftist, or liberal.

US can form new relationship

Any post-Mubarak Egyptian future that is not built on coercion is going to include the Muslim Brotherhood. Mubarakâ€™s regime long used fear of this alternative as a two-pronged strategy to divide the opposition, and convince the West that Mubarak and his allies were the only things standing between Egypt and an Iranian-style form of tyranny. Deliberately lumping all Islamist groups together in the popular imagination ensured that, in times of uncertainty, Washington sided with the status quo.

The Obama administrationâ€™s refusal to openly side with the protesters early in the crisis proved that fears of the Brotherhood still trump Americaâ€™s ostensible commitment to liberty. While the regimeâ€™s decision to unleash violence on the protesters convinced Obamaâ€™s splintered foreign policy team to work toward Mubarakâ€™s departure, more is needed to undo the damage of the administrationâ€™s early wavering.

Under Mubarak, Egyptâ€™s authoritarian state has included an estimated 1.3 million internal security agents, collectively responsible for a level of brutality that is a far greater threat to Egyptian liberty than any paranoid fantasy about a Brotherhood takeover. With the US sending well over $1 billion in military aid to Cairo every year, the boots on the throats of Egyptâ€™s citizens for so long belonged as much to us as they did to Mubarak. This oppression, not the dollars, was the real cost of supporting the Egyptian regime.

The United States now has the opportunity to form a relationship with a new Egypt, built on mutual dignity and respect. Even with Mubarakâ€™s reign over, Egyptians deserve a clearer message of support from the US as they work to sweep away the remnants of his regime. The US must make a clean break with its politics of fear by supporting the Brotherhoodâ€™s participation in the swift and genuine transition to democratic rule promised by the Egyptian Armed Forces. The Egyptian people ask for nothing more, and our ideals demand nothing less.

Which Side Are You On, Really? 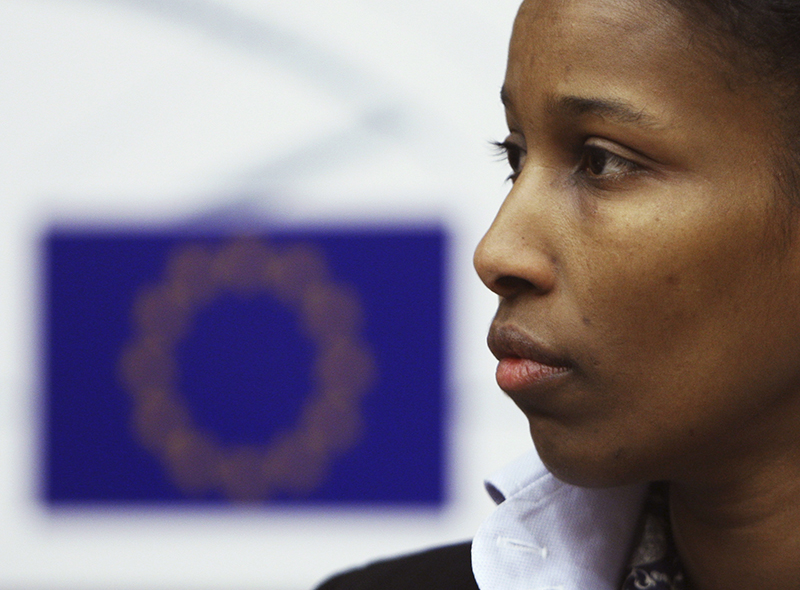 The Muslim Population in Haiti

© 2017 MuslimObserver.com, All Rights Reserved
Egypt is Reborn A Tarnished Halo
Scroll to top